The Nuclear Energy Standards Coordination Collaborative (NESCC) has announced the release of a report authored by its Polymer Pipe Task Group (PPTG), titled Polymer Pipe Codes and Standards for Nuclear Power Plants: Current Status and Recommendations for Future Development. The report examines current standards related to the use of polyethylene piping for nuclear applications, and identifies standards gaps that could be effectively addressed, among other findings

A joint initiative of the American National Standards Institute (ANSI) and the U.S. Department of Commerce's National Institute of Standards and Technology (NIST), the NESCC seeks to identify the standards needed for the design, operation, development, licensing, and deployment of nuclear power plants and other nuclear technologies. The PPTG, which was formed in July 2010, maintained an open membership and efforts were made to include representatives of nuclear plant operators and design firms, polyethylene pipe manufacturers, standards developing organizations (SDOs), and others. Aaron M. Foster of NIST served as the PPTG's Convenor.

As part of its work, the PPTG conducted a survey of current standards related to polymeric pipe and fittings, including standards developed by ANSI member and audited designator ASTM International, ANSI members and accredited standards developers ASME and the American Water Works Association (AWWA), and the International Organization for Standardization (ISO), among others. Following the survey, the PPTG analyzed both safety and non-safety applications of each relevant standard in connection with current and future usage in the nuclear industry.

The report identifies existing gaps in piping standards associated with nuclear applications, including some gaps that also apply to other types of nonmetallic pipe materials and systems. Guidelines, recommended mechanisms, and potential timelines for addressing these gaps - particularly for those that have been determined to be critical in nature - are provided. According to the report, issues related to addressing these gaps - including prioritization of steps and other implementation decisions - should generally be worked out through collaboration between SDOs, government regulators, pipe or resin manufacturers, utilities, members of academia, and nuclear operators, particularly in instances where a new standard is not required to address a given issue.

The report includes a 10-year roadmap providing guidance for where and when standards of polyethylene materials should be used in nuclear applications in order to provide the maximum benefit to the nuclear industry. The roadmap is intended to help NESCC and related stakeholders to effectively anticipate and address potentially critical standards coordination concerns in this area.

For more information about the NESCC and its activities, visit www.ansi.org/nuclear. 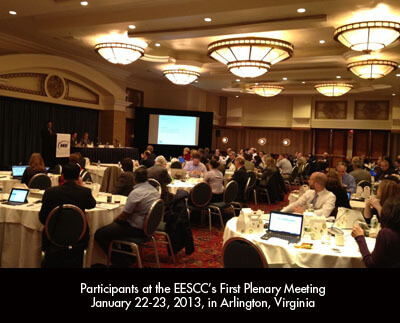