Final Deadline for Submissions Is June 27

The American National Standards Institute (ANSI) would like to remind all interested parties that 5:00 p.m. Eastern on Friday, June 27, 2014, is the final deadline for submitting nominations for its 2014 Leadership and Service Awards.

The awards, which are presented in conjunction with World Standards Week (WSW) 2014, honor individuals who have made significant contributions to voluntary consensus standardization and conformity assessment programs and have consistently demonstrated a commitment to their industry, their nation, and the enhancement of the global standards system.

Representatives of industry, government, academia, consumer organizations, and the U.S. voluntary consensus standards and conformity assessment community - with the exception of current officers of the Institute's Board of Directors - are considered eligible for an award. Recipients will be chosen from the list of nominees by an awards committee comprised of the officers of the ANSI Board of Directors. ANSI will honor the 2014 award recipients on the evening of Wednesday, October 22, 2014, at a banquet and ceremony to be held at the Ronald Reagan Building and International Trade Center in Washington, DC. 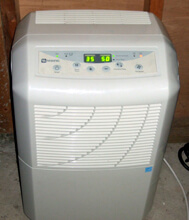