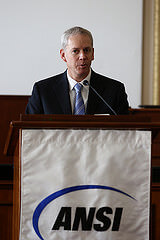 "I hope that we can start a policy dialogue today that can help with these issues," said Kevan Lawlor, chairman of the ANSI Board of Directors and president and CEO of NSF International. "Perhaps this discussion will also act as a catalyst to expand the list of outstanding global issues that, by working together, can be addressed through similar public-private partnerships," he said at the event.

While the global marketplace has brought about many positive developments, it has also had unintended consequences. At the far ends of supply chains, where most of the world's consumer products are now made, factories burn, buildings collapse, and corruption and bribery hamper economic development. Developing effective governance solutions to address such global problems has not been easy, but internationally accepted standards have begun to fill this governance void.

Representative John Lewis of Georgia was the lead sponsor of the event, which featured several speakers who discussed practicable global solutions to supply chain issues. Kathy Seabrook, president of the American Society of Safety Engineers (ASSE), and Vic Toy of IBM and current chair of the ANSI-accredited U.S. Technical Advisory Group that is contributing to ISO 45001 lead a discussion on the new standard, which is focused on the management of worker safety practices at the far ends of global supply chains.

Leading the discussion on key developments in the new ISO anti-bribery initiative, ISO 37001 was Leslie Benton, vice president for advocacy and stakeholder engagement at the Center for Responsible Enterprise and Trade, who described how the new ISO anti-bribery standard can serve as global instrument for addressing global corruption concerns that add costs and lower the quality and safety of products in global supply chains.

A third panel on global food safety featured Donna Garren, vice president for regulatory and technical affairs at the American Frozen Institute, and Joseph Scimeca, vice president for global and regulatory affairs at Cargill. They spoke to the need to develop accredited third-party assessment tools for foreign food facilities - as described in the Food Safety Modernization Act of 2011.

The fourth panel was a discussion by Ranyee Chaing, Director of Standards, Technology and Fuels for the Global Alliance for Clean Cookstoves, on concerns about the use of primitive stoves by 3 billion or the world's population to prepare food and heat their homes. Over 4 million women and young children die each year from exposure to indoor smoke, and inefficient conventional stoves are a major cause of respiratory diseases and deforestation. Through the use of consensus standards, 100 million clean stoves are expected to be in use by 2020.

Standards developing organizations that were present at the event included:


ANSI is the coordinator of the private-sector-led U.S. standardization system, as well as the U.S. representative to international standards bodies, including the International Organization for Standardization (ISO).

See photos of the event here. 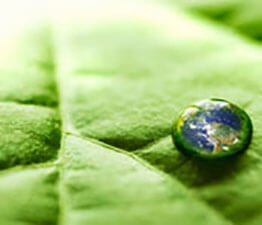