The American National Standards Institute (ANSI) has submitted comments on the draft revision of China's Standardization Law. The comments are available to view here. The State Council of the People's Republic of China released the draft revision for public comment in May 2017.

ANSI has been closely monitoring the rollout of the reform of China's standardization system. The Standardization Law serves as the legal underpinning for China's system, and its revision is a major component of China's ongoing standardization reform initiative. This is the second time the Chinese government has released a draft revision of the law for public comment. The first time was in March 2016. ANSI's comments on the March 2016 revision are available here.

- ANSI remains concerned regarding the self-disclosure requirements and non-compliance implications for so-called "enterprise standards" and questions whether they belong within the scope of the law;

- ANSI is also concerned with the lack of language on fair and open participation in standards development activities;

- ANSI notes the lack of clarification on the hierarchical relationship between the various types of standards, and the circumstances under which one type of standard may become another type of standard; and

- ANSI also requests reference to the copyright law within the law.

ANSI encourages its members and stakeholders from both the U.S. and international standards communities to submit their organizations' individual comments through the National People's Congress website before the June 14, 2017 deadline [see related article]. ANSI offers its own comments for consideration in this process.

More information on ANSI's China program is available here. Question can be directed to china@ansi.org. 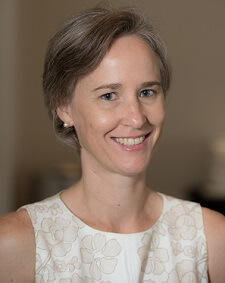