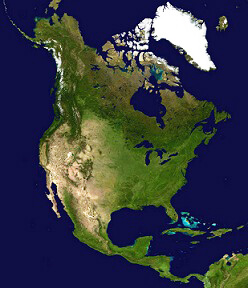 The United States Trade Representative (USTR) this month released a comprehensive 18-page summary of its negotiating objectives for the renegotiation of the North American Free Trade Agreement (NAFTA) between the United States, Canada, and Mexico. On behalf of the U.S. standardization community, the American National Standards Institute (ANSI) recently testified at a NAFTA hearing, in support of modernizing NAFTA by addressing outdated standardization policies.

The NAFTA negotiating objectives include requiring "NAFTA countries to apply decisions and recommendations adopted by the World Trade Organization (WTO) Technical Barriers to Trade (TBT) Committee that apply, inter alia, to standards, conformity assessment, transparency, and other areas." Objectives also include adding a digital economy chapter and incorporating and strengthening labor and environment obligations that are currently in NAFTA side agreements, and providing strong standards enforcement of intellectual property rights, including by requiring accessible, expeditious, and effective civil, administrative, and criminal enforcement mechanisms.

According to the USTR release, "The negotiating objectives aim to apply the highest standards covering the broadest possible range of goods and services to ensure truly free and fair trade that supports higher-paying jobs and economic growth in the United States."

Read the Summary of Objectives for the NAFTA Renegotiation.

The initial round of NAFTA negotiations between the United States, Canada, and Mexico will be in Washington, D.C., August 16 -20, 2017. The negotiations follow a 90-day consultation period with Congress and the public, which was initiated on May 18, 2017, when Ambassador Robert Lighthizer notified Congress of President Trump's intent to renegotiate NAFTA to benefit American workers, farmers, businesses, and manufacturers.

On May 23, USTR issued a Federal Register notice seeking public input. ANSI published an article seeking comments from its members and stakeholders for inclusion in ANSI's consensus response to USTR, and the final ANSI comments on NAFTA were submitted on June 8.

Late last month, ANSI testified on behalf of the U.S. standardization community, at a hearing concerning the modernization of NAFTA with Canada and Mexico. Mary Saunders, ANSI vice president, government relations and public policy, testified on ANSI's role in facilitating U.S. companies' competitiveness and their access to foreign markets. She addressed issues related to technical barriers to trade, and the role of market-driven standardization activities in enhancing trade and competitiveness. [See ANSI's coverage]. 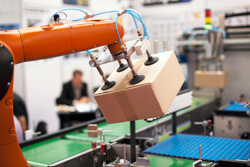