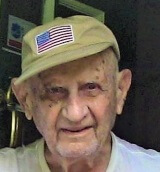 A truck platoon commander in support of combat operations in France and Germany, Mr. Travaglini was awarded the bronze star for meritorious service, and achieved the rank of first lieutenant at the time of his discharge.

At the Commerce Department, Mr. Travaglini had a distinguished career serving as director of the Office of International Finance and Investment in the Bureau of International Economic Policy and Research.

Mr. Travaglini helped secure U.S. adoption of the U.N. Convention on the Enforcement of Foreign Arbitral Awards, and represented the American government at international diplomatic conferences addressing intellectual property. He worked on international copyright protections for recordings, broadcasts, and performances. He also spoke before trade and export organizations.

Following his retirement from the Department of Commerce in 1980 after 39 years of federal service, he continued consulting on international business as a Washington representative for ANSI and focused on trade, investment and licensing services, and export trading companies. He served on U.S. delegations to international conferences on standards, technology transfer, and restrictive business practices.

In addition to other accomplishments, he was a charter member of the federal government's Senior Executive Service and a member of the International Standards Council and of the District of Columbia bar.

ANSI mourns the passing of Mr. Travaglini (February 1, 1920 - September 18, 2019) for his contributions to the country and the standardization community.

A memorial service with final military honors will be held on Friday, October 11, at 3 p.m. at St. John's Episcopal Church of Georgetown, 3240 O St. NW in Washington, DC.