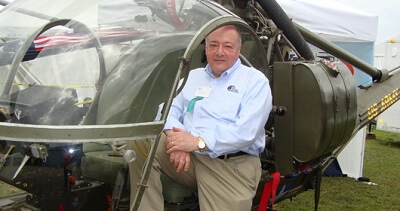 Mr. Zuccaro was the immediate past president and CEO of Helicopter Association International

Matthew Zuccaro, U.S. army veteran, retired president and CEO of Helicopter Association International (HAI), and industry co-chair of the American National Standards Institute (ANSI) Unmanned Aircraft Systems Standardization Collaborative (UASSC) from June 2019 until his retirement from HAI in January 2020, passed away on February 25, 2020, at age 70. ANSI extends its condolences to his family, friends, and former colleagues.

Mr. Zuccaro dedicated many years of his life serving the international helicopter community to enhance flight safety. He had more than 50 years of aviation experience, and served the U.S. Army with the 7/17 Air Calvary unit in Vietnam. For his service, he was awarded two Distinguished Flying Crosses, three Bronze Stars, and 19 Air Medals.

An HAI member since the early 1980s, Mr. Zuccaro was elected to the HAI Board of Directors in 1987 and served as chairman in 1991. As the CEO and president of HAI since 2005, he helped launch the association's Land & LIVE safety initiative, which supports precautionary safety landings for pilots. He also shared his knowledge and aviation insights as chairman of the International Helicopter Safety Foundation.

Mr. Zuccaro's leadership of the ANSI UASSC supported the launch of a revision to the UASSC's Standardization Roadmap for Unmanned Aircraft Systems (version 1, December 2018). At the September 12, 2019 UASSC meeting, Mr. Zuccaro emphasized HAI's support for the UAS industry and standardization's role in enabling it. He recognized that, in recent years, UAS have taken over many air missions, both large and small, which were traditionally performed by the helicopter industry. Mr. Zuccaro recognized that standards for airworthiness, operations, and personnel are critical to maintaining the safety of the U.S. national airspace system (NAS).

In addition to his ANSI service related to drones, Mr. Zuccaro was a member of the Federal Aviation Administration (FAA) Drone Advisory Committee. In 2018, he provided testimony to the U.S. Senate in support of UAS integration into the NAS.

At the HAI HELI-EXPO 2020 in Anaheim in January, he was honored with the FAA's Wright Brothers Master Pilot Award, recognizing his 50 years of professionalism and skill as a pilot.

ANSI mourns the passing of Matthew Zuccaro (1949-2020) for his contributions to his country and aviation safety, and his efforts in the standardization community.

HAI issued an announcement describing Mr. Zuccaro's career accomplishments at HAI and beyond.