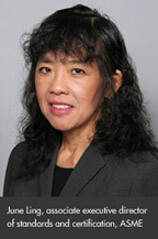 The award recognizes outstanding contributions in the areas of technical codification, standardization, and conformity assessment in the United States and throughout the world. Ms. Ling was presented with the award at the 2010 ASME Honors Assembly in Vancouver, Canada, on November 15.

Ms. Ling also serves on ASME's Standards and Certification Board of Directors and is a recent past member of the ANSI Board of Directors. A member of the Industry Trade Advisory Committee on Standards and Technical Barriers to Trade under the U.S. Department of Commerce (DOC) and the Office of the United States Trade Representative (USTR), she has served on numerous technical and administrative standards committees, and has interacted with government agencies, industry, and standards developing organizations throughout the world. Through a DOC Market Development Cooperator Program grant in October 2004, Ms. Ling established a formal standards organizations consortium presence in China. She is an Honorary Member of ASTM International; a Fellow of the Standards Engineering Society; and an ASME Fellow.

"June's tireless and long-standing advocacy for consensus-based standards has had tremendous impact in fostering their acceptance in the U.S. and globally," said S. Joe Bhatia, ANSI president and CEO. "She is a true champion of the standards and conformity assessment community." 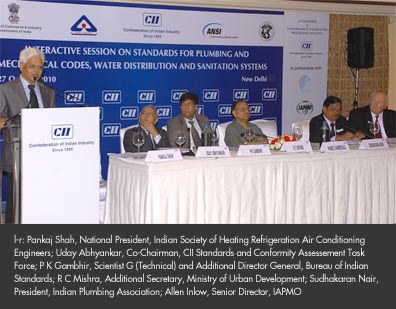