U.S. Secretary of Commerce Gary Locke and the National Institute of Standards and Technology (NIST) will host a public roundtable on federal government engagement in standardization on January 25. The purpose of the roundtable is to stimulate discussion between the public and private sectors on such questions as:

Speakers will include Secretary Locke; U.S. Chief Technology Officer Aneesh Chopra; Phil Weiser, White House national economic council senior advisor on technology and innovation; and Patrick Gallagher, under secretary of commerce for standards and technology and NIST director. The event will also feature a moderated panel discussion with thought leaders from industry and academia on this important topic. Confirmed panelists include CTO-level representatives from Cisco, Motorola, and Silver Spring Networks.

The roundtable will give particular focus to federal participation in activities that support national priorities such as the Smart Grid, electronic health records, cybersecurity, cloud computing, and emergency communications. According to the program's organizers, consensus standards for these new technology sectors are helping drive innovation, economic growth, and job creation.

"Technical standards are not the stuff of everyday conversation, but they are crucial to smart development and economic growth," wrote Mr. Chopra and Mr. Gallagher in a January 7 White House Blog highlighting current opportunities for pubic-private dialogue. "Whether the goal is reducing health care costs, building a clean energy economy, or defending our nation, standards are essential to ensuring efficiency, economy, and interoperability."

The roundtable is intended to further discussion initiated by the December 8 Federal Register notice issued by NIST on behalf of the National Science and Technology Council (NSTC) Sub-Committee on Standards (SOS). The notice seeks public input on the effectiveness of federal participation in standards activities. [ see related news item] The deadline for submission of comments to NIST has been extended to March 7, 2011.

To Submit Comments for ANSI Federation Response
Comments should be submitted by February 1, 2011, to nstccomments@ansi.org with the subject line "Feedback for Sub-Committee on Standards."

To Submit Comments to NIST
Comments should be sent by March 7, 2011, to SOS_RFI@nist.gov with the subject line "Standardization feedback for Sub-Committee on Standards."

ANSI strongly encourages all interested stakeholders to submit comments on the Federal Register notice, read the White House Blog posting, and attend Secretary Locke's roundtable, either in person or by webcast.

The roundtable will be held on January 25, 2011, from 9:30 am - 12:00 pm, at the U.S. Department of Commerce's Herbert C. Hoover Building Auditorium in Washington, D.C. Click here for registration details. The webcast will be available at www.nist.gov. 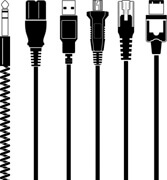