Thanks to Standards, a ‘Right Royal' Wedding Is More Than a Fairy Tale

The wedding of the century will take place this Friday, when Prince William and Kate Middleton take their vows at Westminster Abbey in the company of 1,900 of the couple's most exclusive guests.

The highly anticipated celebration has been the focus of a worldwide media blitz since the couple's engagement was announced last November. An extra one million visitors are expected to descend upon London in the hopes of catching a glimpse of the future King and Queen. With road blocks and security at an all-time high, a viewer's best bet will likely be Trafalgar Square or Hyde Park, where giant screens will televise the royal procession and the wedding ceremony as it unfolds in the 1,000-year-old Abbey.

For those of us not lucky enough to receive a personal invitation to the event or be anywhere near London on April 29, a television broadcast will have to do. Worldwide, as many as two billion viewers are expected to watch the extensive coverage of the event. A standard from the International Electrotechnical Commission (IEC) will help to ensure that the broadcast quality is fit for a future king (and his queen). IEC 60728-13 Ed. 1.0 en:2010, Cable networks for television signals, sound signals and interactive services - Part 13: Optical systems for broadcast signal transmissions, describes specifications for broadcast signal transmissions to assess system performance. The standard was developed by IEC Technical Committee (TC) 100, Audio, video and multimedia systems and equipment. The American National Standards Institute (ANSI) is the U.S. member body to the IEC through the U.S. National Committee (USNC). The Consumer Electronics Association (CEA), an ANSI member and accredited standards developer, serves as the USNC-approved TAG Administrator to TC 100, carrying U.S. positions forward to the Committee.

Whether on the streets of London or the princely comforts of one's own home, the royal procession will provide the public's first glimpse of Kate's wedding gown, the details of which have remained a closely guarded secret not even Scotland Yard can crack. With all the other details of this fairy tale wedding planned to the tee, Kate's dressmaker will want to be sure that her dress is truly befitting a princess.

For his part, Prince William will wear his military uniform to the nuptials. No doubt, the future King and Queen's wedding attire will remain a national treasure for decades and perhaps centuries to come. ASTM D3938-07, Standard Guide for Determining or Confirming Care Instructions for Apparel and Other Textile Products, can help keep the couple's wedding clothes for posterity, be they kept at Kensington Palace or the Museum of London. ASTM D3938-07 can be used to determine the appropriate care for apparel, piece goods, and other textile products, either by home laundering, professional care, or alternative cleaning methods.

Following royal tradition, Kate Middleton's ring will be fashioned from a gold nugget mined in the Welsh region of Snowdonia. The Queen Mum started the custom in 1923, and since then the wedding rings of royal brides have been made from the exact same nugget. A standard from the International Organization for Standardization (ISO), ISO 8653, Jewellery -- Ring-sizes -- Definition, measurement and designation, can help ensure that Kate's ring is the perfect fit. The standard was developed by ISO TC 174, Jewellery.

From the shores of England to the U.S. and abroad, Kate and William have captured the hearts of millions, as the couple is seen as a fresh start for the world's most well-known royal family. As all eyes turn to London on Friday and the next chapter for Buckingham Palace begins, standards are in place to help real fairy tales come true. 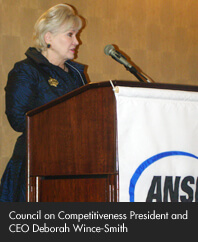