Since the North America Free Trade Agreement (NAFTA) entered into force in 1994, trade between the U.S. and its NAFTA partners has soared. According to the Office of the U.S. Trade Representative, NAFTA links 450 million people and $17 trillion worth of goods and services, creating the world's largest free trade area.

In recognition of the increasing volume and complexity of global trade, the three agencies issued a joint statement promoting greater cooperation in ensuring the safety of products made and sold across North America. Specifically, CPSC, Health Canada, and Profeco agreed to explore opportunities for further collaboration with regard to six areas:

"We are facing common challenges and opportunities to promote product safety, and we can be more effective in protecting consumers in the United States and across North America through collaboration and being proactive," said CPSC chairman Inez Tenenbaum. "If products can be regulated in a harmonized manner and emerging hazards can be addressed swiftly, then consumers in all three countries can benefit."

During the summit, CPSC also renewed a Memorandum of Understanding (MoU) with Profeco aimed at reducing the unreasonable risks of injuries and deaths associated with consumer products. An MoU with Health Canada remains in effect. 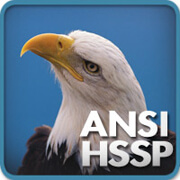