The National Institute of Standards and Technology (NIST) has released for public comment an updated roadmap for Smart Grid interoperability intended to modernize the nation's electric power system.

The NIST Framework and Roadmap for Smart Grid Interoperability Standards, Release 2.0, builds upon NIST's initial January 2010 report with an expanded list of standards, new cybersecurity guidance, and product-testing proposals to support an interoperable Smart Grid - a network that will integrate information and communication technologies with a power-delivery infrastructure, enabling two-way flows of energy and communications.

"Making such dramatic changes to the power grid requires an overarching vision of how to accomplish the task, and this updated framework advances that vision," explained Dr. George Arnold, National Coordinator for Smart Grid Interoperability at NIST.

According to Dr. Arnold, the Smart Grid will be a highly complex network of interacting systems, and it is essential that all stakeholders have a common understanding of its major building blocks and how they interrelate.

Release 2.0 adds 22 standards, specifications, and guidelines to the initial 75 that NIST recommended in the January 2010 roadmap.

The updated roadmap also includes a chapter on the roles of the Smart Grid Interoperability Panel (SGIP), which was created in 2009 to provide an open forum for members to collaborate on standards development. More than 700 organizations are now members of the SGIP, which recently made the first six entries into its Catalog of Standards, a technical document for those involved with developing grid-connected devices.

Further improvements and additions to the roadmap include:

The NIST Framework and Roadmap for Smart Grid Interoperability Standards, Release 2.0, can be found on the NIST Smart Grid Collaboration Wiki. The public comment period is open until 5 p.m. Eastern time on November 25, 2011. For more information, view the Federal Register notice. 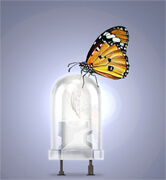