The Federal Communications Commission (FCC) is seeking public comment on revisions to FCC rules for wireless communications devices that would adopt the recently updated American National Standard (ANS) for hearing aid compatibility. FCC's hearing aid compatibility rules aim to ensure that consumers with hearing impairments can access wireless communications services without experiencing radio frequency interference or other technical obstacles. In a move to ensure that the hearing aid compatibility rules reflect recent technological advances and cover the greatest number of wireless handsets, the Wireless Telecommunications Bureau and Office of Engineering and Technology (collectively, the Bureaus) are proposing to adopt IEEE/ANSI STD C63.19-2011, American National Standard Methods of Measurement of Compatibility between Wireless Communications Devices and Hearing Aids. FCC's rules currently reference the 2007 version of the standard. Published in May, IEEE/ANSI STD C63.19-2011 sets forth uniform methods of measurement for compatibility between hearing aids and wireless communications devices. The standard is designed to address the hearing aid compatibility of the newest generation of digital wireless handsets, and now covers the 700 MHz band, as well as other new frequencies and technologies. C63.19 was developed by the ANSI Accredited Standards Committee (ASC) C63, Electromagnetic compatibility, a group administered by American National Standards Institute (ANSI) member and accredited standards developer IEEE. First approved as an ANS in 2011, the standard defines emissions and immunity-to-interference requirements, as well as test methods to determine the level of interoperability between the devices. Under the proposed rules, grants of certification issued before January 1, 2010, under earlier versions of ANSI C63.19 remain valid. According to a December 14 Federal Register notice, the Bureaus believe that adoption of the 2011 standard would serve the public interest by aligning the FCC rules with advances in technology and by bringing additional frequency bands and air interfaces under the hearing aid compatibility regime. The Bureaus also tentatively conclude that adoption of the new standard would not raise any major compliance issues or impose materially greater obligations with respect to newly covered frequency bands and air interfaces than those already imposed under FCC rules. Comments are sought on these tentative conclusions and whether adoption of the 2011 American National Standard would impose new or additional costs on handset manufacturers. Interested parties may file comments on or before January 13, 2012, and reply to comments on or before January 30, 2012. For further information, see the December 14 Federal Register notice.
Previous Article 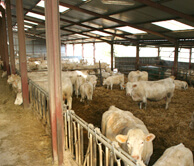