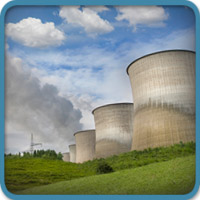 The U.S. Department of Energy (DOE) estimates that the nation's electricity demand will rise 24 percent by 2035. As a result, the years ahead will see a growing need for clean, emission-free energy. Today nuclear energy is the nation's largest source of clean-air electricity, accounting for 73 percent of the electricity from all emission-free sources. Because of its enormous potential as a large-scale and expandable source of clean energy, industry and government are looking to nuclear power as a resource for meeting the nation's energy, environmental, and security needs.

The nuclear energy industry can also play an important role in job creation and economic growth. According to the Nuclear Energy Institute (NEI), the 104 nuclear units in the U.S. generate substantial domestic economic value in electricity sales and revenue - $40 to $50 billion each year - with more than 100,000 workers contributing to production.

The standards needed to facilitate the growth and development the U.S. nuclear industry took center stage at the meeting of the Nuclear Energy Standards Coordination Collaborative (NESCC) on November 29. A joint initiative of the American National Standards Institute (ANSI) and the National Institute for Standards and Technology (NIST), the NESCC works to identify the standards needed for the design, operation, development, licensing, and deployment of nuclear power plants and other nuclear technologies.

In his opening remarks, Michael Case of the U.S. Nuclear Regulatory Commission (NRC) commended the work of the NESCC and expressed his belief that the NESCC would continue to serve an important function in the nuclear standards arena. He highlighted ways the NESCC has helped to strengthen collaboration and coordination among government agencies and standards developing organizations, solved emerging issues, and identified standards needs in areas such as concrete construction for new nuclear plants and polymeric piping. Mr. Case also highlighted NRC's interest in supporting industry efforts to harmonize standards internationally, as well as the Commission's recommendations for the U.S. nuclear industry in light of the recent events at the Fukushima Daiichi nuclear power plant in Japan.

Kevin Ennis of ASME spoke about the ASME- Japanese Society of Mechanical Engineers (JSME) Task Group on Design Basis and Severe Accident Response, which was formed to develop codes and standards in response to Fukushima. Mr. Ennis also informed the group that JSME is preparing a response guide for actions to be taken in a severe accident. It is intended as a guidance document rather than a code document, and will contain plan-specific information.

Steve Byrne of ASTM International updated attendees on ASTM's nuclear standard initiatives, including the development of a roadmap to identify and resolve gaps in current and emerging technologies and related standards. ASTM is also developing a nuclear portal for its website, which is expected to go live in one month's time. Mike Schneider of the American Concrete Institute (ACI) provided a brief update on ACI's activities related to the recently issued NESCC Concrete Task Group report, Concrete Codes and Standards for Nuclear Power Plants: Recommendations for Future Development, which summarizes recommendations for new nuclear power plants. And Paul May of the National Fire Protection Agency (NFPA) updated attendees on NFPA's most recent work in this area, including standards for fire protection for facilities handling radioactive materials and advanced nuclear reactor electric generator plants.

Participants also heard a report from Tom Boyce of the NRC on the development of a standards database for the nuclear industry that will catalog NRC regulatory documents for citations of consensus standards. The database will provide an essential tool for the nuclear industry, cataloging current standards to support NRC certification of designs and the development of licensing documents. The NESCC also considered updates from its task groups on concrete repair, electrical cabling, and polymeric piping, and approved the formation of a new task group on welding technology and materials.

All of the presentations from the November 29 NESCC meeting are available in the NESCC document library.

The next meeting of the NESCC will take place on March 12, 2012, at NIST headquarters in Gaithersburg, MD.

NESCC is open to all stakeholders, government legislative and regulatory bodies, industry, standards developing organizations, certification organizations, and other interested parties. The intent is to create a highly inclusive, collaborative forum with participation from a range of perspectives that is not disproportionately dependent upon any single interest, organization, or stakeholder group. For information on joining the NESCC, contact Sally Seitz at sseitz@ansi.org. 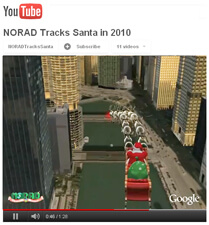 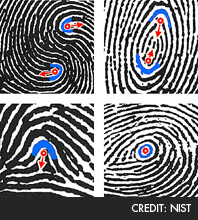