Ronald L. Lynn, director and building official with the Clark County Department of Development Services in Nevada, has been selected by the U.S. Celebration of World Standards Day Planning Committee as the 2012 recipient of the prestigious Ronald H. Brown Standards Leadership Award. He will be honored by members of the U.S. standards and conformance community on Thursday, October 11, 2012, at The Fairmont Washington in Washington, DC. Named for the late U.S. Secretary of Commerce, the Brown award recognizes demonstrated leadership in promoting the important role of standardization in eliminating global barriers to trade. The award is presented at the U.S. Celebration of World Standards Day, an annual event which honors the U.S. standardization and conformity assessment community and recognizes its efforts to promote American competitiveness in a global marketplace, safeguard the environment, and improve the quality of life for workers and consumers around the world. The theme for this year's event, Standards Increase Efficiency, recognizes the crucial role of standards, codes, and conformity assessment in fostering more efficient processes that enable companies to compete globally. Mr. Lynn was nominated by the International Code Council (ICC) for his outstanding contributions to enhancing building codes and ensuring a safe built environment. A staunch advocate of the U.S. standardization system and conformity assessment community, Mr. Lynn is an active contributor to the development of national voluntary consensus codes and systems, and has served on a variety of local, state, and national committees. In 2009, Mr. Lynn was recognized by Congress for his contributions to building safety in the United States, and in 2010 received a Senatorial Commendation for his commitment to building safety, energy conservation, and emergency response. He was bestowed the title of Kentucky Colonel by the governor of Kentucky; the governor of Nevada declared December 9th as Ronald L. Lynn Day. A past president of the ICC Board of Directors and past member of the International Accreditation Service Board of Directors, Mr. Lynn serves as chairman of the McCarran Airport Hazards Area Board of Adjustment; the Nevada Earthquake Safety Council; the Nevada Organization of Building Officials; and the Western States Seismic Policy Council's Architecture, Engineering, and Construction Committee. Celebrated annually, World Standards Day pays tribute to the thousands of volunteers around the world who participate in standardization activities, and helps to raise awareness of the role that standards play in addressing national and global priorities. The event has been celebrated since 1970 and is recognized in nations around the globe. U.S. activities are organized annually by a planning committee consisting of representatives from across the standards and conformity assessment community. The American National Standards Institute (ANSI) and the National Institute of Standards and Technology (NIST) co-chair the event each year. ICC serves as the 2012 administrating organization. More information about the U.S. Celebration of World Standards Day 2012, Standards Increase Efficiency, is available at www.wsd-us.org.
Previous Article 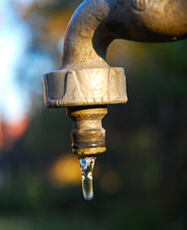