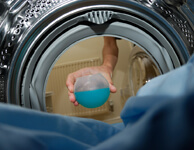 On May 16, the Department of Energy (DOE) announced new energy efficiency standards for residential clothes washers and dishwashers intended to save consumers $20 billion in energy and water costs while retaining consumer choice. The new standards were informed by significant feedback from manufacturers, consumer groups, and environmental advocates, as part of a public-private initiative between government agencies, appliance companies and organizations, and other energy conservation stakeholders. In 2010, the Association of Home Appliance Manufacturers (AHAM) and its Major Appliance Division member companies signed an agreement with a nationwide coalition of energy and water efficiency supporters to dramatically increase the energy and water efficiency of home appliances while incentivizing the development and manufacturing of smart appliances. Covering refrigerators, freezers, clothes washers, clothes dryers, dishwashers, and room air conditioners, the agreement called for new national minimum efficiency standards, production tax credits for super-efficient appliances, and inclusion of smart grid readiness as a feature of future ENERGY STAR qualified appliances. Answering that call, the new standards build on previous minimum energy efficiency requirements for clothes washers and dishwashers. Front-loading clothes washers will be required to reduce energy consumption by 15 percent and water consumption by 35 percent, while top-loaders need to decrease 33 percent of energy and 19 percent of water use by 2015, as compared to previous requirements. Dishwashers will be required to use 15 percent less energy and 20 percent less water by 2013. And supporting manufacturers are on board to offer a variety of machines that not only meet the standards, but deliver performance, value, and greater consumer choice. "DOE's implementation of these new standards reflects the consensus agreement reached by stakeholders. It will result in tremendous energy savings for the consumer while preserving product choice and minimizing manufacturer impact. The home appliance industry is proud of its long history of energy efficiency advancements benefiting consumers and applauds DOE for working with stakeholders to increase energy efficiency," said Joseph McGuire, president of AHAM. "Working with consumer, industry and environmental groups to develop common-sense energy-saving appliance standards is an important part of the Obama Administration's all-of-the-above approach to American energy and the Energy Department's efforts to reduce energy costs for consumers," said secretary of energy Steven Chu. As part of an ongoing focus on taking sensible steps to save U.S. families money while also reducing energy consumption, the Obama Administration is promoting the development of consensus standards like these latest two - and many others for about 40 different products, to date. The intent is to save consumers nearly $350 billion on their energy bills through 2030, while reducing energy consumption a cumulative 27.5 quads through 2035. About AHAM
An organizational member of the American National Standards Institute (ANSI), AHAM is a trade association for the home appliance manufacturing industry. The association's mission is to serve the home appliance industry while delivering value to consumers through leadership, education, and advocacy.
Previous Article 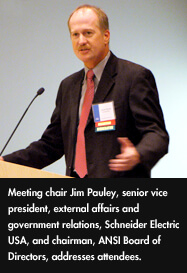