May 27 through June 2 is National Hurricane Preparedness Week, as proclaimed by President Barack Obama and observed by public and private sectors organizations nationwide. Every year, this week brings attention to the importance of education and preparation for the onset of hurricane season, and the development of effective systems for disaster mitigation, response, and recovery. The National Oceanic and Atmospheric Administration (NOAA), an agency of the U.S. Department of Commerce (DOC), has predicted a normal level of activity for this year's Atlantic hurricane season, with an estimated nine to 15 named storms. To assist Americans in protecting their families, homes, and communities from storm damage, the NOAA National Weather Service (NWS) has released Tropical Cyclones: A Preparedness Guide. Many of the NWS recommendations rely on the strength of voluntary consensus standards developed by members and standards bodies accredited by the American National Standards Institute (ANSI) to assure safety and reliability. Get Ready
Among the preparations in advance of a forecasted storm, NWS recommends being ready to cover all windows and doors with shutters, plywood, or other shielding materials. Several standards developed by ASTM International, an ANSI member and audited designator, evaluate the impact of wind-borne debris that may strike buildings as a result of strong storm winds. These documents set the test method (ASTM E1886-05) and provide a specification (ASTM E1996-09) for determining the performance of windows, doors, and storm shutters. Originally developed for hurricanes, ASTM E1996-09 may also be used for other storms capable of generating wind-borne debris. While flooding is often a major concern, the combination of heavy rain accompanied by strong winds can also lead to water damage during a hurricane. An International Standard developed by the International Organization for Standardization provides guidelines for testing a building's ability to keep water out under these conditions. ISO 15821:2007, Doorsets and windows - Water-tightness test under dynamic pressure - Cyclonic aspects, is applicable to areas subject to severe weather including typhoons, hurricanes, and cyclones. This standard was developed by ISO Technical Committee (TC) 162, Doors and windows. The ANSI-accredited Technical Advisory Group (TAG) to this TC is led by the Builders Hardware Manufacturers Association (BHMA), an ANSI member and accredited standards developer. Get Out
Those living in mobile homes, on the coastline or an offshore island, in a flood plain, or in high-rise buildings may need to evacuate in the event of a strong storm. NWS stresses the importance of following official instructions to leave an area, and advises close monitoring of radio or TV. A series of standards from the International Electrotechnical Commission (IEC) helps assure that your TV system will be up to the task of transmitting these important messages. The latest in the series, IEC 60728-13-1 Ed. 1.0 en:2012, Cable networks for television signals, sound signals and interactive services - Part 13-1: Bandwidth expansion for broadcast signal over FTTH system, precisely describes the fibre to the home (FTTH) system for expanding broadband broadcast signal transmission from cable TV services only, towards cable TV plus broadcast satellite plus communication satellite services. The standard was developed by IEC Technical Committee (TC) 100, Audio, video and multimedia systems and equipment. IEC TC 100 is chaired by David Carlton Felland, and the Consumer Electronics Association (CEA), an ANSI member and accredited standards developer, serves as the USNC-approved Technical Advisory Group (TAG) administrator. Get Help
Even if evacuation measures are largely successful, emergency responders often face an increased volume of calls during a hurricane. An American National Standard developed by the Information Technology Industry Council/National Committee for Information Technology Standards (ITI/INCITS), an ANSI member and accredited standards developer, facilitates the transfer of vital information about an emergency to these responders. ANSI INCITS 415-2006, Homeland Security Mapping Standard - Point Symbology for Emergency Management, establishes a common set of symbols for use by mapmakers in support of emergency managers and first responders, allowing them to rapidly interpret map data and disseminate consistent, usable information. A good offense is the best defense when it comes to dangerous tropical storms. Here's to hoping this year's hurricane season will be no match for the effective preparations standards can help Americans make to protect lives and property.
Previous Article 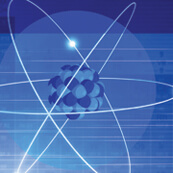