The American National Standards Institute (ANSI) and the China Association for Standardization (CAS) have teamed to organize a U.S.-China Exchange on Electric Vehicle Standardization. The day-long event is being planned for July 23, 2012, in Beijing, China.

Sponsored by the China Dazhong Corporation, the workshop will include ANSI president and CEO Joe Bhatia as a featured speaker, in addition to several members of the ANSI Electric Vehicles Standards Panel, China's Ministry of Industry and Information Technology (MIIT), China Automotive Technology & Research Center (CATARC), and others. The workshop will also feature overviews of the U.S. and Chinese roadmaps for EV standardization, and will focus on areas for possible technical cooperation between our two countries.

ANSI's Standardization Roadmap for Electric Vehicles - Version 1.0 was released on April 23, 2012. [see related news item] The Standardization Roadmap assesses the standards, codes, and regulations, as well as conformance and training programs, needed to facilitate the safe, mass deployment of electric vehicles and charging infrastructure in the United States.

The workshop will be simultaneously interpreted in Mandarin Chinese and English. The workshop will be free of charge, but registration is required. ANSI members interested in attending should reach out to ANSI's representative in China, Ms. Bei Gu (intl@ansi.org), no later than Monday, July 2.

For those members not able to attend in person, ANSI will be issuing a summary and press release after the event takes place. 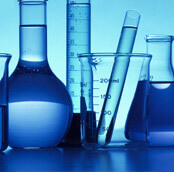