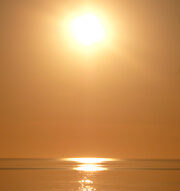 As Another Heat Wave Scorches the Nation, Standards Keep Their Cool

High-temperature records are falling across the country today, as 17 states are under a heat advisory and thermometers hover near 100 degrees. While power companies gear up for extreme energy usage and local governments open cooling centers, standards are doing their part to help assure Americans can depend on air conditioning for relief from the swelter. Most of us can't imagine gettingthrough the summer without A/C in our homes, cars, businesses, and public places. A recently updated standard from the International Electrotechnical Commission (IEC) addresses the safety of sealed motor-compressors used in household equipment including air conditioners. IEC 60335-2-34 Ed. 5.0 b:2012, Household and similar electrical appliances - Safety - Part 2-34, Particular requirements for motor-compressors, is intended for use in conjunction with IEC 60335-1 Ed. 5.0 b:2010, Household and similar electrical appliances - Safety - Part 1: General requirements.

Most commercial and public buildings and many newer homes are outfitted with central air, which uses a system of ducts to distribute cooled and/or dehumidified air to more than one room. A recent document from the International Organization for Standardization (ISO) specifies the standard conditions for capacity and energy efficiency ratings of ducted, air-cooled air conditioners. ISO 13253:2011, Ducted air-conditioners and air-to-air heat pumps - Testing and rating for performance, was developed by ISO Technical Committee (TC) 86, Refrigeration and air-conditioning, Subcommittee (SC) 6, Testing and rating of air-conditioners and heat pumps.

ASHRAE, a member and audited designator of the American National Standards Institute (ANSI), administers the ANSI-accredited U.S. Technical Advisory Group (TAG) to ISO TC 86 SC 6. In this role, ASHRAE is responsible for carrying U.S. positions in this subject area forward to ISO.

A number of American National Standards (ANS) also address the design, functioning, and safety of air conditioners, including:

As the long hot summer blazes on, standards help assure that air conditioners are up to the task in bring down the temperature.