ISO Guidelines on Clean Cookstoves Could Save Lives, Reduce Injuries and Pollution

By Elizabeth Gasiorowski-Denis, originally published by the International Organization for Standardization (ISO) With open fires and traditional cookstoves causing millions of injuries and deaths annually, a new document from ISO represents a major first step towards defining criteria for clean, efficient and safe cookstoves. The ISO International Workshop Agreement IWA 11:2012, Guidelines for evaluating cookstove performance, is the first document of its type backed by international consensus. According to the World Health Organization, exposure to smoke from traditional cookstoves and open fires causes two million premature deaths annually, with women and young children among the most affected. In addition, open fires and traditional cookstoves increase pressures on local environmental resources (e.g., forests, habitats) and contribute to climate change at the regional and global levels. IWA 11 represents a critical first step towards a common understanding of how to define and verify clean stoves and fuels among all affected countries and stakeholders, and to encourage innovation to find even better cooking solutions. Its use is expected to reduce the risks of cookstoves to health and safety, and facilitate the large-scale adoption of clean cooking solutions that will serve nearly half of the world's population - three billion people in the developing world. Radha Muthiah, executive director of the Global Alliance for Clean Cookstoves, said, "The ISO IWA represents a significant step forward in global efforts to scale up clean cookstoves and fuels as it provides guidance for rating cookstoves on four performance indicators: fuel use, total emissions, indoor emissions, and safety. Standards can give stove makers affirmation of product quality, let users know they are making a worthwhile investment, and drive industry innovation." In the U.S., Secretary of State Hillary Clinton has affirmed the U.S. government's commitment to contributing to a solution to the issue. "People have cooked over open fires and dirty stoves for all of human history, but the simple fact is they are slowly killing millions of people and polluting the environment," said Secretary Clinton. "But today, because of technological breakthroughs, new carbon financing tools, and growing private sector engagement, we can finally envision a future in which open fires and dirty stoves are replaced by clean, efficient, and affordable stoves and fuels all over the world - stoves that still cost as little as $25." IWA 11 is the result of an International Workshop on cookstoves organized by the Partnership for Clean Indoor Air (PCIA) and the Global Alliance for Clean Cookstoves (the Alliance), with the American National Standards Institute (ANSI) serving as the secretariat. During the two-day conference held in February 2012, in the Hague, Netherlands, more than 80 public- and private-sector stakeholders representing more than 20 countries worked toward facilitating the widespread use of clean, efficient, and safe cookstove technology through standardization [see related news item]. ANSI President and CEO S. Joe Bhatia said, "We can't imagine a more critical issue than the health and safety of millions of people around the world. We are proud to play a leadership role in the efforts to assure the safety of cookstoves, and look forward to the tremendous impact this global partnership can achieve." IWA 11:2012 is available on the ANSI Webstore.
Previous Article 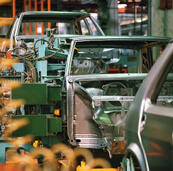