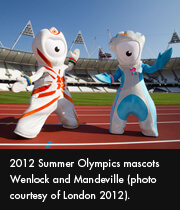 Standards Support the Spectacle at the 2012 Summer Olympics Opening Ceremony

Today marks the opening ceremony of the 2012 Summer Olympic Games in London. The event, budgeted at $42 million and overseen by acclaimed film director Danny Boyle, is expected to be seen by 62,000 live spectators at London's Olympic Stadium, as well as by 1 billion viewers worldwide. With the help of standards, the opening ceremony promises to be a safe and memorable occasion for all.

According to media reports, the ceremony - titled "Isles of Wonder" and drawn in part from William Shakespeare's The Tempest - will be a stylized tribute to British history. The ceremony will include more than 10,000 dancers and actors, as well as music by Paul McCartney, Dizzee Rascal, and Elton John. Many high-quality sound systems like those expected to be used for the opening ceremony are overseen by a series of standards from the International Electrotechnical Commission (IEC):

The show is also expected to include a pastoral scene featuring an array of farm animals, including horses, cows, goats, chickens, geese, sheep, and sheep dogs. In the U.S., a series of American National Standards from the National Pork Producers Council (NPPC) - an ANSI organizational member and accredited standards developer - guide the safe, environmentally sound handling of livestock:

These standards, intended for commercial livestock production, are designed to lower the risk of environmental and odor issues related to the animals and to ensure that appropriate environmental protections are implemented.

The human performers in tonight's opening ceremony will want to look their best with the help of stage make-up. A series of standards from the International Organization for Standardization (ISO) provide guidance in the field of cosmetics:

ISO TC 217, Cosmetics, was responsible for developing these standards that help to assure the safety, quality, and consistency of cosmetic products. The ANSI-accredited U.S. TAG to this committee is administered by the Personal Care Products Council.

Standards help ensure that organizers of iconic events like the 2012 opening ceremony can safely and efficiently execute their artistic visions without sacrificing the spectacle and sense of wonder that makes events like these so special.