The National Institute of Standards and Technology (NIST), part of the U.S. Department of Commerce (DoC), has released Reducing the Risk of Fire in Buildings and Communities: A Strategic Roadmap to Guide and Prioritize Research, a comprehensive plan aiming to reduce preventable fires and their associated costs and loss of life by one-third in the U.S. over the next 20 years. The roadmap credits the input of numerous American National Standards Institute (ANSI) members, accredited standards developers, and audited designators, including ASTM International, the National Fire Protection Association (NFPA), NEMA, and ASHRAE.

During the 1970s, NIST published a comprehensive report, titled America Burning, that led Congress to create a dedicated center for fire research within the agency. In the ensuing years, research-driven improvements in fire safety - including the modernization of building codes, new standards for children's sleepwear, automatic sprinklers, and advanced computer modeling of fires - have cut the number of fires by more than half and reduced the number of fire-caused civilian injuries and deaths by almost 50% since the early 1980s.

"The nation has made major progress in improving fire safety over the last few decades," said Shyam Sunger, director of NIST's Engineering Laboratory. "But fire losses are still too high, and there are new and potentially costly threats to fire safety that are emerging in communities across the country." Fires in the U.S. kill more than 3,000 people each year and cost the country more than $300 billion in losses and repairs, an amount equivalent to about 2% of the U.S.'s annual gross domestic product (GDP).

Under the roadmap, efforts to combat the nation's fire problem would focus attention and resources on three main fronts:

The document sets down goals for advances in measurement capabilities, in order to bolster innovation of fire-risk-reduction technologies and other related fields. These advances hold the potential to lead to fire-safety improvements in new residential and commercial buildings, more advanced firefighter equipment, and more rapid fire protection, among other safety improvements. Standards developing organizations (SDOs) are expected to be an important part of this effort, which depends in part on the creation of comprehensive, technically sound standards for a variety of fields related to fire prevention.

The full roadmap is available here. For more information about the roadmap and its associated initiatives, contact Mark Bello (mark.bello@nist.gov; 301-975-3776). 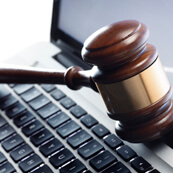 Reminder: One Month until the U.S. Celebration of World Standards Day 2012