The U.S.-led International Organization for Standardization (ISO) Technical Committee that develops International Standards for energy management was presented with the prestigious Lawrence D. Eicher Leadership Award at the ISO General Assembly (GA) in San Diego. Granted annually for the past 10 years, the award recognizes ISO technical committees and subcommittees for outstanding work in creative and innovative standards development.

ISO president Dr. Boris Aleshin presented the honor to ISO Technical Committee (TC) 242, Energy management. He noted that previous winners of the award had often "been responsible for developing several hundred standards," compared to the single standard developed by TC 242, but said, "when I remind you that this standard is ISO 50001, Energy management systems - Requirements with guidance for use, you will understand the vital importance of the standard and why TC 242 received the unanimous support of the ISO Technical Management Board committee." Dr. Aleshin praised the committee for developing the standard in only 33 months, and said, "Little more than a year after its publication, in mid-July 2012, ISO 50001 was already being implemented by some 700 organizations in more than 30 countries."

The U.S. holds the chairmanship of TC 242, with Edwin Piñero, executive vice president and chief sustainability officer at Veolia Water North America, serving as chair. As the U.S. member body to ISO, the American National Standards Institute (ANSI) serves as ISO TC 242 secretariat in partnership with the Brazilian member body to ISO, the Associação Brasileira de Normas Técnicas (ABNT). Jason Knopes, ANSI senior manager, ISO Outreach and Enhanced Services, serves as the committee's secretary. Mr. Piñero and Mr. Knopes were on hand at the U.S.-hosted GA to receive the honor.

In June 2011, ISO TC 242 published a final version of ISO 50001, which sets down requirements for establishing, maintaining, and improving energy management system. The standard is expected to positively impact up to 60% of the world's energy use if implemented at a sufficiently wide scale. In addition, TC 242 has established one task group and four Working Groups (WGs) and begun the development of six additional documents since its creation in 2008. The committee has a wide range of geographic participation in their work program, including 49 participating and 17 observing countries.

Mr. Piñero praised his colleagues on TC 242, calling them "a collection of very seasoned, qualified, and dedicated professionals who had the vision to see the goal and look beyond self interests and national interests for the greater good." He said that the committee's use of innovative working team structures and webinars, as well as effective consensus building, had played important roles in the successful development of ISO 50001.

In the U.S., input to TC 242 is coordinated by the Georgia Institute of Technology Energy and Sustainability Services (GT ESS), which ANSI has accredited as administrator of the U.S. Technical Advisory Group (TAG) to the committee. Roland Risser from the U.S. Department of Energy (DOE) serves as the U.S. TAG chair, Aimee McKane of the Lawrence Berkeley National Laboratory serves as vice chair, and Deann Desai of the Georgia Institute of Technology serves as secretary.

The ISO Council established the Lawrence D. Eicher Leadership Award for Excellence in Creative and Innovative ISO/TC/SC Services and Initiatives in 2002, as a tribute to ISO's late Secretary-General, who served from 1986 to 2002. The last time the Eicher Award was presented to a U.S.-led committee was in 2008, when ISO TC 127, Earth-moving machinery, received the honor.

More information about the work of ISO TC 242 can be found on the committee's webpage. 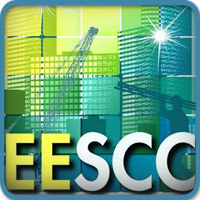