The American National Standards Institute (ANSI) Homeland Security Standards Panel (HSSP) has released a workshop report on the status of efforts to implement a national strategy on chemical, biological, radiological, nuclear, and explosives (CBRNE) equipment standards. The one-day workshop, held on September 11, 2012, in Arlington, Virginia, included representatives of small businesses, standards developing organizations (SDOs), government agencies, program developers, and others. During the meeting, participants discussed current challenges impeding execution of the CBRNE national strategies, as well as the roles expected to be played by both the government and industry.

In 2011 the U.S. Department of Commerce (DOC) and the Department of Homeland Security (DHS) collaborated with the White House Office of Science and Technology Policy (OSTP) to release a document outlining the U.S. national strategy on CBRNE standards. The stated goal was to finalize the coordination establishment, and implementation of CBRNE standards needed to effectively counter relevant threats by 2020 [see related news item]. The national strategy includes six central goals:

In the workshop's first panel discussion, National Strategy & Federal Implementation of CBRNE Standards, participants examined the current status of those six goals. Panelists called for increased cooperation between the public and private sectors and stressed the importance of interoperable CBRNE standards, particularly for first responder equipment.

The second panel, Implementation of CBRNE National Strategy by SDO Stakeholders, included statements from panelists outlining their views of both the national strategy and the current approach to its roll-out. Discussion highlighted the role expected to be played by ANSI in assisting SDOs that seek to have their voluntary consensus CBRNE standards adopted at the international level. As the U.S. member body to the International Organization for Standardization (ISO), as well as to the International Electrotechnical Commission (IEC), via the U.S. National Committee (USNC), ANSI is positioned to be of assistance.

During the workshop's final panel, Implementation of CBRNE National Strategy by Conformity Assessment and Testing Organization Stakeholders, participants suggested harmonizing standards requirements, which would allow for the broadest acceptance of one set of compliance test results.

The workshop report included a series of "next steps" that are expected to bolster efforts to improve coordination and implementation of CBRNE standards in line with the goals of the national strategy. Steps include: 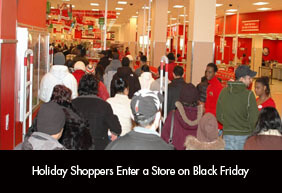