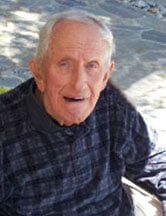 William Hearne Rockwell, former general counsel for the American National Standards Institute (ANSI), passed away on September 13, 2012, at the age of 92 after a battle with Parkinson's disease. ANSI offers its condolences to his family, friends, and former colleagues in the standardization community and beyond. Mr. Rockwell was an expert in voluntary standardization, both nationally and internationally. His work helped to strengthen industrial competiveness and improve public safety. He began his career as an associate with William "Wild Bill" Donovan's Wall Street Law Firm in New York. He later served as ANSI general counsel and senior vice president, until his retirement in 1992. Post-retirement, he was active in the San Diego community and continued to make an impact in legislation, offering presentations and lending his legal expertise. For decades, Mr. Rockwell and his family spent time at their vacation home in Montserrat West Indies. In 2005 he was awarded a Certificate of Honor from Queen Elizabeth II in recognition of valuable services given to Montserrat in the field of national development through the establishment of the Montserrat Foundation. Mr. Rockwell is survived by his two daughters, Enid and Karen Elizabeth, and a brother, Jay Julius Rockwell III. He was preceded in death by his wife, Elizabeth, his son William Goode, and his brother Francis Williams Rockwell II. Mr. Rockwell was given a military farewell at Fort Rosecrans National Cemetery in San Diego. A memorial service will be held on July 13, 2013, in Colebrook, CT. Further obituary information is available here.
Previous Article 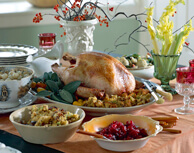 Be Thankful for Food Safety and Quality Standards This Thanksgiving