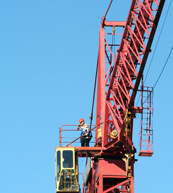 The U.S. Department of Commerce (DoC)'s International Trade Administration (ITA) announced this month that U.S. exports for the first nine months of 2012 had increased by 43% over the first nine months of 2009, bolstering efforts to double U.S. exports by the end of 2014, the central goal of President Barack Obama's National Export Initiative. According to the ITA, 2012 exports were on track to exceed the previous record of $2.1 trillion in total value, set in 2011.

The American National Standards Institute (ANSI), coordinator of the U.S. voluntary standardization system and a global leader in conformity assessment, has actively assisted in efforts to rejuvenate the U.S. economy by working to promoting standards as an important tool to facilitate international trade. Using its unique position in the world of standards and conformance, ANSI has brought together U.S. and international government agencies, standards developing organizations (SDOs), members of industry, and other key stakeholders in collaboration on a wide variety of events, activities, and initiatives that strengthen trade and the global economy as a whole.

In October, as part of the larger 2012 World Standards Week (WSW) series of events, ANSI held its annual Open Forum, which highlighted the benefits and challenges associated with the development of standards for the global market, as well as other issues related to international trade. In his keynote address to the forum, Michael C. Camuñez, Assistant Secretary of Commerce for Market Access and Compliance, praised ANSI for the effective way it has cooperated with both the U.S. government and the private sector to promote the standards- and conformance-based economic ecosystem that fosters innovation [see related story].

This fall, ANSI partnered with the ITA and the Office of the U.S. Trade Representative (USTR) to hold a briefing focusing on the implications of Russia's recent accession to the World Trade Organization (WTO) to U.S. trade [see related story]. The event provided stakeholders with insight into Russia's non-tariff trade barriers and other market access obstacles, strengthening future prospects for U.S. exports in an attractive, newly open market. Separately, the ANSI Manufacturer Member Roundtable in China held a number of events in Beijing and Shanghai on pressing trade-related issues for U.S. and Chinese government bodies and members of industry, including discussions of China's Restrictions on Hazardous Substances (RoHS) and China Compulsory Certification (CCC) measures [see related story].

ANSI remains committed to its partnerships with government agencies, SDOs, and industry groups, and will continue to work to advance U.S. exports and more effective international trade through its involvement in the international standards and conformance systems.