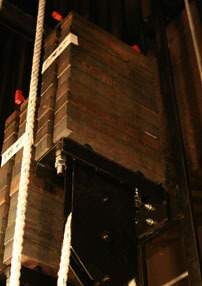 In an effort to communicate the vital role that standards play in daily life, the American National Standards Institute (ANSI) publishes a series of snapshots of the diverse standards initiatives undertaken in the global and national standards arena, many of which are performed by ANSI members and ANSI-accredited standards developers. Two of the latest selections follow:

To ensure the safety of performers and stage hands alike, PLASA recently released a new American National Standard (ANS) for powered hoist systems. ANSI E1.6-1 - 2012, Entertainment Technology - Powered Hoist Systems, establishes requirements for the design, manufacture, installation, inspection, and maintenance of powered hoist systems for lifting and suspension of loads for performance, presentation, and theatrical production. This standard does not apply to the structure to which the hoist is attached, to the attachment of loads to the load carrying device, to systems for flying people, to welded link chain hoists, nor to manually powered hoists.

Shallow Post Foundations
The use of posts in creating foundations for commercial and residential buildings has been common in engineering and construction since the 1500s. Post foundation designs are found in the construction of strip malls, convenience stores, restaurants, housing, garages, office complexes, schools, churches, banks, fire stations, and many other structures. 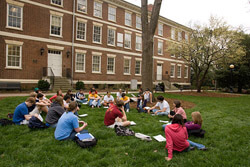 NIST Announces Grants for the Development of Standards-related Educational Materials