In October 2012, five students from the William E. Macaulay Honors College at the City University of New York (CUNY) took part in a standards-related workshop organized by the American National Standards Institute (ANSI) as part of the 2012 World Standards Week (WSW) series of events [see related news item]. During the workshop, which was held at the Newseum's Knight Conference Center in Washington, DC, students participated in an exercise simulating the experience of taking part in the process of creating voluntary consensus standards.

A video created by the students as part of an end-of-semester presentation in December 2012 for Macaulay's Seminar III, Science and Technology in New York City, was recently released online by the students' instructor, Professor Angelo Lampousis of CUNY's City College of New York (CCNY). Professor Lampousis is currently a participant in ANSI's Committee on Education (CoE).

In the video, the students carry out a simulation of the development process for voluntary consensus standards, drawing on lessons imparted during the October workshop, which had made use of an exercise provided by the U.S. Department of Commerce's National Institute of Standards and Technology (NIST). The December simulation imagined a sample standards development meeting in the distant future, where the corporation that has invented so-called mind motion technology - which allows its users to operate motor vehicles and household appliances with their thoughts - works with its competitors and other relevant stakeholders to establish effective safety-related standards for the new technology. As part of the simulation, the participating students carried out negotiations between separate and sometimes competing interests, with the goal of reaching an effective consensus, mirroring the methods and aims of the real-life standards development process.

The full video is available here.

For more information about the October 2012 workshop, or about ANSI's ongoing schedule of workshops and training sessions, please visit the ANSI training schedule, or contact the ANSI CoE, via Lisa Rajchel (lrajchel@ansi.org), the Secretariat to ANSI CoE. 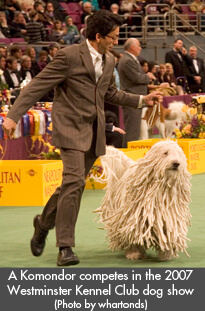