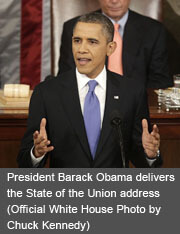 During last night's State of the Union address, President Barack Obama announced his administration's decision to launch formal U.S.-EU trade negotiations in the form of a Transatlantic Trade and Investment Partnership. The decision was taken based on recommendations from the U.S.-EU High Level Working Group on Jobs and Growth, which is co-chaired by United States Trade Representative Ron Kirk and European Trade Commissioner Karel De Gucht.

According to a press release issued today by the White House, the transatlantic economic relationship is already the world's largest, accounting for half of global economic output and nearly one trillion dollars in goods and services trade.

"Trade that is free and fair across the Atlantic supports millions of good-paying American jobs," said President Obama during his remarks.

Representatives from the American National Standards Institute (ANSI) and its federation of members are currently in Dublin, Ireland, for meetings with the European Standards Organizations (ESOs), continuing a more than twenty-year dialogue on standards and conformity assessment in support of U.S.-EU trade.

"ANSI applauds the U.S. and European officials who have moved the Transatlantic Trade and Investment Partnership forward. Surely, this commitment to increased cooperation will foster even greater economic growth and job creation opportunities on both sides of the Atlantic," said ANSI president and CEO S. Joe Bhatia.

"With over 80% of global commodity trade impacted by standardization, it is clear that standards and conformance will have a critical role to play in the ongoing success of our transatlantic trade partnership. ANSI is proud to continue to partner with our colleagues at the European Standards Organizations to support these negotiations as they move forward." 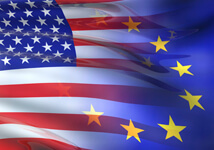 American and European Standards Organizations Agree to Collaborate on Aligning Standards to Facilitate Trade Between EU and U.S.