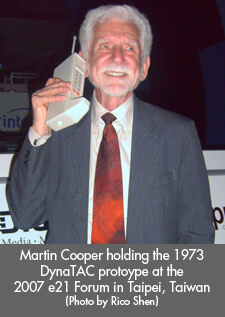 In April 1973, Martin Cooper of Motorola Inc. - the forerunner of Motorola Solutions Inc. and American National Standards Institute (ANSI) member Motorola Mobility LLC, a division of ANSI member Google Inc. - made the world's first mobile phone call. The call, made in front of Motorola's offices on Sixth Avenue in Midtown Manhattan, used a prototype that would become the Motorola DynaTAC 8000x cellular phone. The DynaTAC 8000x was the first cell phone to be offered commercially and later became a famous symbol of the 1980s after notable appearances in television shows like Saved by the Bell and movies like Wall Street.

In the forty years since, mobile phones have become increasingly complex and tremendously popular, creating a worldwide market estimated at more than $1.2 trillion. The rise of the smartphone in recent years has led to the proliferation of multifaceted mobile devices that provide easy access to e-mail and the Internet, allowing consumers to access social networking sites, digital video providers, and shopping sites while on the go.

Another IEC standard, IEC 60118-13 Ed. 3.0 b:2011, Electroacoustics - Hearing aids - Part 13: Electromagnetic compatibility (EMC), includes a set of requirements overseeing the use of hearing aids with mobile phones. This is an area of growing concern as mobile devices become more common worldwide and aging populations increasingly make use of hearing aids to combat age- and noise-related hearing loss. IEC 60118-13 was developed by IEC TC 29, Electroacoustics; ANSI member and accredited standards developer the Acoustical Society of America (ASA) serves as the USNC-approved TAG to TC 29.

As more and more people buy and use smartphones, the ability of these devices to effectively and seamlessly interact with computers, tablets, and other electronic devices becomes increasingly important. An American National Standard (ANS), ANSI/CEA 2014-B-2011, Web-based Protocol and Framework for Remote User Interface on UPnP Networks and the Internet (Web4CE), defines the necessary mechanisms allowing a user interface to be controlled by outside devices or control points and allows the remote display of such interfaces on mobile phones, televisions, and other electronic devices. The device operations referenced in the standard are based on the Universal Plug and Play (UPnP) network protocols, which are designed to allow seamless interactions between mobile phones, computers, and other networked devices. The ANS was developed by the Consumer Electronics Association (CEA), an ANSI member and accredited standards developer.

While mobile phone technology has certainly evolved over the past few decades, the central organizing principles of the telephone system continue to play a role in influencing the way modern communications work. ATIS-0300051, Central office code (NXX) assignment guidelines (Sept 2010), sets down guidelines for the assignment of central office (CO) codes, which indicate the location of the electronic switches used to connect telephones in the making of a phone call. These codes date from the early days of the telephone industry, but the principle remains the same today, and the standard can be used for mobile service, pagers, datalines, and other modern technologies, as well as traditional landline phones. ATIS-0300051 was developed by ANSI member the Alliance for Telecommunications Industry Solutions (ATIS).

It's hard to predict where mobile devices will be in 40 years - after all, the dynamic smartphones of today might have seemed like something out of science fiction in the days of the DynaTAC 8000x. But wherever innovation leads, voluntary consensus standards will play an important role in getting us there. 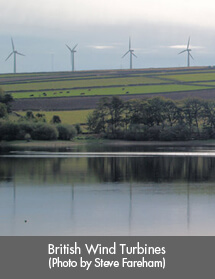