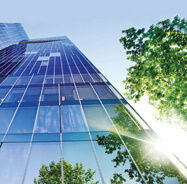 Top leaders from the business community, government, and academia joined renowned columnists for an in-depth discussion of issues facing urban communities at the April 25, 2013, New York Times Energy for Tomorrow Conference: Building Sustainable Cities. Against the backdrop of climate change and in the aftermath of Hurricane Sandy, the conference addressed holistically how to improve urban planning and resiliency. New York City mayor Michael Bloomberg opened the conference citing accomplishments against PlaNYC, a strategic initiative to "prepare the city for one million more residents, strengthen our economy, combat climate change, and enhance the quality of life for all New Yorkers." Mr. Bloomberg, who also chairs C40, a network of large cities across the globe that are working to reduce greenhouse gas emissions, noted that buildings and the energy they use are responsible for 80 percent of the city's carbon footprint, compared to 20 percent from transportation. Commenting on the importance of public-private partnerships to tackle environmental challenges, the mayor also noted the city's Food Waste Challenge, an effort to divert discarded restaurant food from landfills to recycling. Speaking on a similar theme was Jeremy Irons, actor and executive producer of Trashed, a documentary film on the enormous problem of global waste disposal. Other conference topics discussed included: the technological, legal, and regulatory aspects of autonomous "self-driving" vehicles; energy efficiency and green buildings; developing a more sustainable urban food supply; alternative modes of transportation including vehicles propelled by electricity, hydrogen fuel cells, and natural gas, as well as bike sharing programs and bus rapid transit; and the economic costs associated with becoming more sustainable. The conference program notably covered a number of areas where the American National Standards Institute (ANSI) is actively engaged, including:
Previous Article 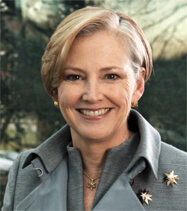 DuPont Chair and CEO Highlights the Importance of Standards 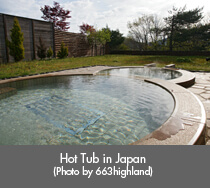 Voluntary Standards Cover the Spectrum: from Pool and Spa Efficiency to Identity Management