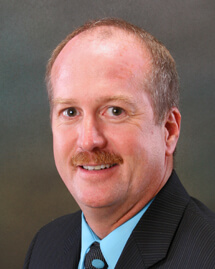 The University of Kentucky (UK) College of Engineering recently named James T. Pauley, senior vice president of external affairs and government relations at Schneider Electric USA and the chair of the American National Standards Institute (ANSI)'s Board of Directors, to its Hall of Distinction. The honor was bestowed on the basis of his exemplary career achievements and outstanding character. The Hall of Distinction, which was established in 1992 to recognize past graduates and encourage similar success among current students, honored Mr. Pauley and five other alumni of the College of Engineering in 2013.

Mr. Pauley worked as an electrician and electrical contractor before enrolling at the UK School of Engineering. He was hired by electrical equipment manufacturer Square D prior to graduating in 1986 with a bachelor of science degree in electrical engineering. Mr. Pauley was employed as a product planner and product planning manager and, following Schneider Electric's 1991 acquisition of Square D, he rose to the position of industry standards manager in 1994. In 1998, he was promoted to director of codes and standards for Schneider Electric USA, and subsequently elevated to the position of vice president of industry and government relations, which he held until 2011. More recently, Mr. Pauley oversaw the development of Schneider Electric's government affairs organization and the creation of the Schneider Electric University Partnerships Program, which works to build relationships with universities across the U.S. in support of increased energy safety, efficiency, and productivity.

In January 2012, Mr. Pauley began his tenure as chair of the ANSI Board of Directors; he previously served as the Board's vice chair and as the chair of the Board's Finance Committee. He currently serves as the co-chair of the ANSI Electric Vehicle Standards Panel (EVSP) and as a member of the University of Kentucky's Power and Energy Institute of Kentucky (PEIK) external advisory board.