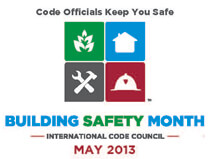 On Tuesday, April 30, 2013, President Barack Obama signed a proclamation officially designating May as Building Safety Month. In the document, President Obama encourages U.S. citizens, "government agencies, businesses, nonprofits, and other interested groups to join in activities that raise awareness about building safety. I also call on all Americans to learn more about how they can contribute to building safety at home and in their communities."

As part of the annual celebration of Building Safety Month, which has been marked every year since 1980, a large-scale public relations campaign is carried out to promote a broader understanding of building safety and sustainability, and the critical role of codes and code officials in protecting people and communities. The absence or misapplication of codes has been linked to countless accidents in homes and other structures in the U.S. and across the globe, demonstrating the importance of assisting consumers, businesses, and other affected individuals and groups to improve their knowledge of safety and building codes.

Building Safety Month is presented by the International Code Council (ICC), a member and accredited standards developer of the American National Standards Institute (ANSI); ICC codes and standards are used nationwide as the basis for the construction of U.S. federal buildings, and are widely used as a reference in connection with building projects in countries around the world. The American Gas Association, the Air Movement and Control Association, and BASF are serving as this year's presenting sponsors of Building Safety Month.

The official theme of Building Safety Month 2013 is Code Officials Keep You Safe. In addition, four separate weekly themes are associated with all four full weeks within May:

ANSI supports Building Safety Month and applauds the efforts of the ICC and other members of the ANSI Federation and the broader standardization and conformance community for their important work on standards and other documents that help to bolster safety in the construction and maintenance of buildings in the U.S. and abroad. 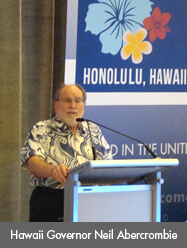