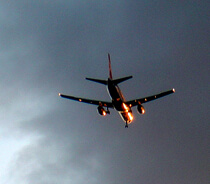 Researchers at the Florida Institute of Technology (FIT) recently announced new findings related to dark lightning, a little-known phenomenon where storm clouds emit silent, nearly invisible bursts of gamma-rays and x-rays. In 2010, the FIT research team discovered that elevations commonly reached by commercial airplanes fell within a zone where dark lightning activity had been detected, raising concerns about potential health side effects. According to the scientists' newest findings, airplane passengers and crew members flying through a thunderstorm could be exposed to radiation levels similar to that given off by a computed tomography (CT) scan. But a number of national and international standards are in place to help mitigate the possibility of dangerous exposure and support further study of this weather phenomenon.

The risk of radiation-related sickness associated with dark lightning is believed to be low, in large part because it is already standard practice for airline pilots to avoid flying through thunderstorms whenever possible. However, doing so requires pilots to have access to consistent and effective weather predictions. ASTM D4430-00(2010), Standard Practice for Determining the Operational Comparability of Meteorological Measurements, sets down standard procedures that can be used to effectively compare laboratory methods for meteorological determinations with findings gathered through natural exposure. The standard was developed by American National Standards Institute (ANSI) member and audited designator ASTM International.

While weather predictions play an important role in helping planes avoid thunderstorms and dark lightning, this information would be of little use without an effective means to alter a plane's course mid-flight. SAE AIR 5696-2006 (SAE AIR5696-2006), Aerospace Fluid Power - FAA Regulatory History - Transport Airplane Hydraulic Systems, provides current regulatory guidance information related to airplane hydraulic systems, which use hydraulic fluid to allow pilots to operate a plane's flight controls. The standard, which was developed by SAE International, an ANSI member and accredited standards developer, also contains current and historical Civil Air Regulations (CAR) and Federal Aviation Regulations. In addition, IEEE 982.1-2005, IEEE Standard Dictionary of Measures of the Software Aspects of Dependability, a standard developed by ANSI member and accredited standards developer IEEE, provides specifications and classifications of measures for the software aspects of dependability in connection to air traffic control systems, among other high-importance software systems.

It is unclear if any humans have ever been struck by dark lightning. Researchers believe that individual bursts last for only 10 to 100 microseconds and are thought to have few visual signs, with the possible exception of a brief appearance of a faint, purple light. Given these issues, the use of radiation detectors is thought to be the only effective method for determining if a plane or an individual has been struck by a dark lightning burst. An American National Standard (ANS), ANSI N42.32-2006, Criteria for Alarming Personal Radiation Detectors for Homeland Security, provides performance specifications, test methods, and design criteria for pocket-sized radiation detection devices. The standard was developed by IEEE.

Additional research into dark lightning is expected to make use of the Fermi Gamma-ray Space Telescope, a low Earth orbit satellite developed by NASA in partnership with ANSI member the U.S. Department of Energy (DOE) and a number of international institutions, and built by ANSI member General Dynamics. An International Standard from the International Organization for Standardization (ISO) provides guidance related to the inspection of materials used in solid rocket motors associated with space launches of satellites, space vehicles, and other payloads. ISO 10830:2011, Space systems - Non-destructive testing - Automatic ultrasonic inspection method of graphite ingot for solid rocket motors, was developed by ISO Technical Committee (TC) 20, Aircraft & space vehicles, Subcommittee (SC) 14, Space systems and operations. The U.S. holds the secretariat of both ISO TC 20 and SC 14, with ANSI member the Aerospace Industries Association (AIA) serving as the delegated secretariat to TC 20, and ANSI member and accredited standards developer the American Institute of Aeronautics and Astronautics (AIAA) serving as the delegated secretariat and the ANSI-approved U.S. Technical Advisory Group (TAG) Administrator to SC 14; SAE International serves as the U.S. TAG Administrator for TC 20. Both TC 20 and SC 14 have U.S. chairs, with James (Rusty) Rentsch, AIA assistant vice president for technical operation, overseeing TC 20, and Dr. William Ailor of the Aerospace Corporation heading SC 14.

When it comes to dark lightning, voluntary consensus standards play an important role both in safeguarding airline passengers from possible dangers, and in helping scientists and researchers to better understand this complex occurrence. 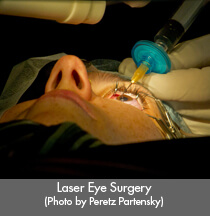