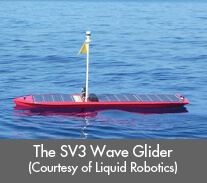 Liquid Robotics Inc. recently announced the release of the latest version of its Wave Glider device, a self-propelled, largely autonomous computer-controlled datacenter capable of navigating the ocean for up to a year without stopping. The new device, known as the Wave Glider SV3, contains sensors capable of gathering information related to a wide variety of uses, including weather forecasting, oil and gas exploration, and water quality analysis. The SV3 also contains computer processors with the ability to analyze results from the sensors, as well as satellite-linked communications devices allowing this data to be remotely shared with onshore computers and networks. At the core of all of this technology are national and international standards that can help the SV3 chart a successful course.

The SV3 features an innovative electrical system powered in part by both solar and wave energy. The device uses photovoltaic cells to generate electricity that can be used to run its communications, navigation, and computer systems, as well as to provide occasional propulsion assistance. However, because solar energy is heavily dependent on clear skies to provide sufficient power, the SV3 is designed to make use of energy taken from the ocean's waves to propel the vessel forward. The International Electrotechnical Commission (IEC) has worked to developed standards related to both of these types of energy production. IEC 60904-2 Ed. 2.0 b:2007, Photovoltaic devices - Part 2: Requirements for reference solar devices, sets down requirements involving the classification, selection, marking, and calibration of reference solar devices, which can be used to measure the irradiance of sunlight in order to quantify the performance of photovoltaic devices. The standard was developed by IEC Technical Committee (TC) 82, Solar photovoltaic energy systems, with American National Standards Institute (ANSI) member Sunset Technology serving as its U.S. National Committee (USNC)-approved U.S. Technical Advisory Group (TAG) Administrator. IEC/TS 62600-100 Ed. 1.0 en:2012, Marine energy - Wave, tidal and other water current converters - Part 100: Electricity producing wave energy converters - Power performance assessment, provides a method for assessing the performance of a Wave Energy Converter (WEC) in terms of its electrical power production; the standard also establishes an agreed framework for the reporting of power and wave measurement results. IEC TC 114, Marine energy - Wave, tidal and other water current converters, was responsible for developing the standard. The U.S.'s Neil Rondorf of ANSI member the Science Applications International Corporation is currently the chair of TC 114 and the U.S. government's National Renewable Energy Laboratory, a member of ANSI, serves as its U.S. TAG administrator.

Although the SV3 is in many ways an innovative device, combining information-gathering, data-processing, and communications equipment in a single, largely autonomous system, these more advanced functions rely on the seaworthiness of the vessel carrying that technology. A standard developed by ANSI member and accredited standards developer (ASD) SAE International provides an overview of environmental considerations relevant to the design, development, and testing of marine craft, including advanced surface craft and submersibles. The standard, SAE J 1777-1990 (SAE J1777-1990), General Environmental Considerations for Marine Vehicles, is intended to be used as a guide for specific environmental requirements for marine vehicles and related equipment.

Though the SV3 is expected to have a wide variety of uses, few hold the potential to be more lucrative financially than its potential role in oil and gas exploration. ISO 13628-15:2011, Petroleum and natural gas industries - Design and operation of subsea production systems - Part 15: Subsea structures and manifolds, provides recommendations for the subsea structures used for oil and gas production after exploration has been completed. The International Standard, which does not supersede or eliminate separate industry requirements related to such structures, covers production and injection manifolds, subsea boosting stations, pipeline end terminations, among other equipment. It was developed by International Organization for Standardization (ISO) TC 67, Materials, equipment and offshore structures for petroleum, petrochemical and natural gas industries, subcommittee (SC) 4, Drilling and production equipment. The U.S. holds the secretariat of ISO TC 67, with ANSI member and ASD the American Petroleum Institute (API) serving as its delegated secretary; API also serves as the ANSI-approved U.S. TAG Administrator to TC 67 and SC 4.

The SV3 represents a notable advance over the previous Wave Gliders, potentially paving the way for a whole new generation of robot-controlled, seagoing devices. In the years to come, devices like the Wave Gliders - which are capable of continuously gathering, analyzing, and reporting data for months on end - may well help us gain a new and more comprehensive knowledge of the oceans and their contents. 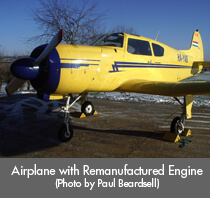 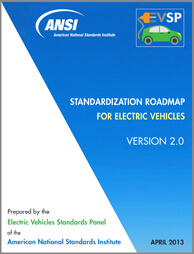