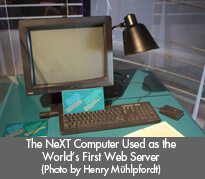 The European Organization for Nuclear Research (CERN) recently reposted a copy of the world's first public webpage, dating from 1992, to celebrate the 20th anniversary of the opening of the World Wide Web to Internet users across the globe. In just two decades, the web has evolved from a simple, text-based communications resource into a vast, multifaceted network archive that provides consumers, businesses, organizations, and governments with nearly unimaginable amounts of information, tools, and resources. And voluntary consensus standards, many of them developed by American National Standards Institute (ANSI) members and accredited standards developers, have played a significant role in assisting the web's two-decade transformation.

JTC 1 has been an important voice in standardization related to the global ICT industry since its creation in 1987. Recently, a new technical standard developed by JTC 1 SC 29, Coding of audio, picture, multimedia and hypermedia information, Working Group (WG) 11, Coding of moving pictures and audio, also known as the Moving Picture Experts Group (MPEG), in collaboration with the International Telecommunication Union (ITU)'s Video Coding Experts Group, was promoted to the status of Final Draft International Standard (FDIS). This new standard is expected to bolster the future of video by reducing demand for bandwidth on overburdened global networks and to allow for the expansion of high-quality video to international mobile networks [see related story].

As more and more consumers make use of the web via smartphones, tablets, and other mobile devices, the physical location of these devices has become increasingly important, creating a market for products that can identify nearby businesses and map out travel directions using GPS and other location data. ISO 19142:2010, Geographic information - Web Feature Service, includes specifications for the behavior of a web feature service providing access to geographic features in a manner that is independent of the underlying data store. The standard was developed by ISO TC 211, Geographic Information/Geomatics; INCITS serves as the ANSI-accredited U.S. TAG administrator to ISO TC 211.

While the web has grown far beyond the basic goals established by its founders at CERN, it has nonetheless continued to be an important tool for the sharing of information between collaborators. An American National Standard (ANS), ANSI/ARMA 18-2011, Implications of Web-based, Collaborative Technologies in Records Management, sets down requirements and best practice recommendations connected to the use of web-based collaborative technologies, including wikis and classification sites. The ANS was developed by ANSI member and ASD ARMA International.

The web has changed enormously in the 20 years since that first CERN webpage was made public, and voluntary consensus standards have played an important role in support the growth of the web as a complex, effective resource for organizations and individuals alike.