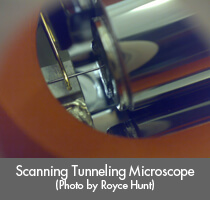 American National Standards Institute (ANSI) company member IBM Corporation recently released a short film online with visuals created through the careful movement of individual molecules of carbon monoxide on a tiny copper surface. The movie, titled "A Boy and His Atom," has been designated by Guinness World Records as the smallest stop-motion film ever made. And while the type of micro-movie created here is so far one-of-a-kind, widely available voluntarily consensus standards can play a supporting role in assisting other similar projects in the future.

The 90-second film uses cutting edge technology to create a simple, nostalgic effect, depicting a stick-figure boy dancing, bouncing an atom like a ball, and jumping on it like a trampoline. It was created over a period of two weeks by IBM scientists as part of an ongoing effort to demonstrate the data storage potential associated with the precision manipulation of elements on the atomic level. The creation of the film follows IBM's successful 2012 effort to store a single bit, the smallest unit of digital information, using only 12 atoms.

The carbon monoxide molecules used in the film to create the boy's body and the atom he befriends were manipulated through the use of a scanning tunneling microscope (STM), a complex device that allows users to visualize surfaces at the atomic level. The STM was invented by IBM employees Heinrich Rohrer and Gerd Binnig in 1981; the two men shared the 1986 Nobel Prize for Physics in connection with their invention. An International Standard developed by the International Organization for Standardization (ISO), ISO 28600:2011, Surface chemical analysis - Data transfer format for scanning-probe microscopy, provides a format for the transfer of scanning probe microscopy data gathered from STMs or atomic force microscopes. Data obtained through single-channel imaging, multiple-channel imaging, and singe-point spectroscopy are covered by the standard. The standard was developed by ISO Technical Committee (TC) 201, Surface chemical analysis, Subcommittee (SC) 3, Data management and treatment. ANSI member and audited designator ASTM International serves as the ANSI-approved Technical Advisory Group (TAG) Administrator to both ISO TC 201 and SC 3.

In order to carry out the atomic-level manipulations required to make the film, scientists at IBM placed the small copper surface that forms the movie's backdrop in an extremely cold artificial vacuum. ISO 21010:2004, Cryogenic vessels - Gas/materials compatibility, sets down requirements for gas/material compatibility related to the use of cryogenic vessels, which can be used to create super-low temperatures in a laboratory setting. The standard was developed by ISO TC 220, Cryogenic vessels; ANSI member and accredited standards developer the Compressed Gas Association serves as the TAG Administrator to ISO TC 220. Separately, a standard developed by ASTM International, ASTM E595-07, Standard Test Method for Total Mass Loss and Collected Volatile Condensable Materials from Outgassing in a Vacuum Environment, provides an effective test method related to a screening technique used to determine the volatile content of materials that have been exposed to a vacuum environment, like the copper used in the production of "A Boy and His Atom." The standard does not attempt to address all related safety concerns.

While most of the attention that "A Boy and His Atom" has received has focused on its storage medium and the unusual nature of its creation, the movie is more than just its visuals, with incidental music and sound effects playing an important role in the movie's success. IEC 60268-4 Ed. 4.0 en:2010, Sound system equipment - Part 4: Microphones, provides measurement methods for electrical impedance, directional response pattern, and dynamic range for sound system microphones used for all applications of speech and music. The standard was developed by International Electrotechnical Commission (IEC) TC 100, Audio, video and multimedia systems and equipment. The Consumer Electronics Association (CEA), an ANSI member and accredited standards developer, serves as the U.S. National Committee (USNC)-approved TAG administrator to TC 100.

"A Boy and His Atom" serves as both a showpiece for the possibilities inherent in effective atomic-level manipulation, as well as a fun short film. And when companies and other groups carry out new and exciting projects using and building on this type of technology, voluntary technical standards will be there to lend a hand.

To watch "A Boy and His Atom," click here.
Previous Article 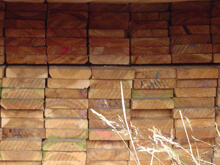