A court in China's Zhejiang province recently convicted a 32-year-old man of copyright infringement in connection with the illegal downloading and sale of voluntary consensus standards developed by the International Organization for Standardization (ISO), ASTM International, and other standards developers. ASTM is a member and audited designator of the American National Standards Institute (ANSI). The ruling demonstrates China's willingness to crack down on copyright infringement within its borders and serves as a powerful reminder that standards documents, like music recordings, films, and other media, are subject to legal copyright protection.

The defendant in the case, Chen Zeming, deputy manager of Wenzhou Nanlong Import & Export Trading Co. Ltd., was accused of illegally downloading 1,545 standards documents from the Internet between November 2009 and February 2011. He later sold those documents on two personal websites for a profit of more than $13,000.

Chen was sentenced to one year in prison and received two additional years of probation. He was required to pay a fine of more than $32,000 and to turn over all illegal profits related to his actions. Prior to his conviction, the defendant had agreed to an out-of-court settlement with ASTM International and reimbursed the organization more than $8,000. 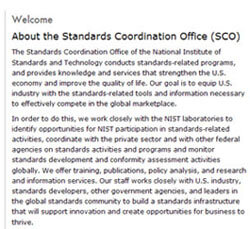