John M. Kinn, former executive secretary of the Joint Electron Device Engineering Council and honorary life member of the U.S. National Committee to the International Electrotechnical Commission (USNC/IEC), passed away Monday, July 8, at the age of 87. The American National Standards Institute (ANSI) offers its condolences to his family and friends and colleagues at the USNC, the IEC, and in the greater electronics and standardization communities.

Mr. Kinn worked in the electronics field for more than 40 years, beginning in 1950 with his hiring by Western Electric Co., and served as the first editor of Transactions on Professional Communications, a long-running journal now overseen by IEEE's Professional Communication Society (PCS). Mr. Kinn worked at IBM Corp. from 1959 until 1965, serving as the associate editor of the IBM Journal of Research and Development before moving into management as IBM's manager of scientific information and manager of technical information and liaison services. He later worked as the director of educational services and staff director of professional services for IEEE, was employed as the executive director of the American Federation of Information Processing Societies, and as the vice president of engineering at the Electronics Industries Association (EIA); the EIA and the Joint Electron Device Engineering Council were forerunners to ANSI member the JEDEC Solid State Technology Association.

Mr. Kinn was known for his work with the USNC and IEC and was one of the recipients of the IEC's Lord Kelvin Award when it was first awarded in 1995. The Lord Kelvin Award, named after the IEC's first president, recognizes individuals whose exceptional contributions to technical work or conformity assessment have greatly benefited international electrotechnical standardization and related activities.

Mr. Kinn earned his bachelor of science degree in electrical engineering from the University of Missouri, which he attended following his service in the U.S. Navy during World War II. He is survived by his wife, Gloria Kinn. 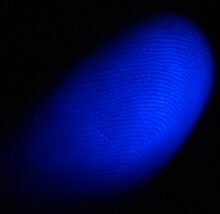