The financial industry relies on computers to transmit messages relaying financial transactions and other similar financial messages between banks, firms, and institutions located around the world. ISO 20022 provides a methodology intended to create consistent financial message standards, helping to make the transfer of this data more reliable.

The new version of the ISO 20022 standards is designed to allow financial message developers more flexibility in the development of these communications, potentially improving the timeliness and accuracy of financial transactions, among other potential benefits.

Created in 1948, ISO TC 68 oversees important standardization work in the area of financial services, including banking, securities, and other related activities. The U.S. plays a leading role in ISO TC 68, with the American National Standards Institute (ANSI) holding the committee's secretariat, which has been delegated to Accredited Standards Committee X9 (ASC X9); ASC X9 also administers the ANSI-accredited U.S. Technical Advisory Group (TAG) to ISO TC 68 and its subcommittees. Karla McKenna of Citigroup currently serves as the technical committee chair.

Note: A previously published version of this story made reference to transaction security in connection with the revised standards. The changes to the ISO 20022 series of standards were not related to data security of financial messages. ANSI regrets the error.
Previous Article 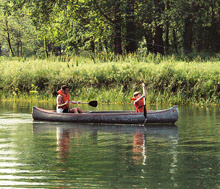