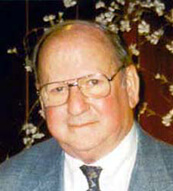 Charles Packard, former chairman of the Electronic Components Certification Board (ECCB), the U.S. management arm of the International Electrotechnical Commission Quality Assessment System (IECQ), passed away on Monday, September 2. The American National Standards Institute (ANSI) offers its condolences to his family and friends and colleagues at EEC Corp. and in the greater electrotechnical and standardization communities.

Mr. Packard worked in the electronics field for more than 50 years, including 31 years with IBM Corp. and eight years with Unisys Corporation. During his time with IBM, he oversaw the initial creation of its Failure Analysis Laboratory and headed up the development of computers used in the early days of the U.S. space program, as well as flip chip technology, which allows for the interconnection of semiconductor devices with external circuitry.

Mr. Packard worked as the senior professional consultant for reliability and quality assurance for Unisys' Government Systems Group, where he oversaw the development of strategies and processes connected to material and component acquisition and served as the senior examiner of the Unisys Corporate Chairman's Quality Award. He later served as vice president of the Electronic Industries Quality Registry, where he was responsible for leading the registry's Advanced Quality Initiatives (AQI) division. Mr. Packard also worked for many years as a consultant on issues related to quality management of business processes.

Mr. Packard served as the chairman of ECCB from 1992 until 2003, and was a member of the Committee for Safeguarding Impartiality of STR-R, a provider of management system registration that is accredited by the ANSI-ASQ National Accreditation Board (ANAB).

Mr. Packard was the co-recipient of an Al Gore Hammer Award, which honors individuals whose work benefits government efficiency and cost effectiveness, in connection with his work on a joint government-industry team that established the single process initiative that resulted in the overhaul of the U.S. Department of Defense quality oversight process related to its contractors. In 2010, Mr. Packard was the recipient of ANSI's Elihu Thomson Electrotechnology Medal, which honors an individual who has contributed in an exceptional, dedicated way to the field of electrotechnology standardization, conformity assessment, and related activities at the national and international levels.

Mr. Packard earned his bachelor's degree in engineering physics and master's degree in physics from the University of Maine at Orono. He is survived by his wife, Sandy Packard. 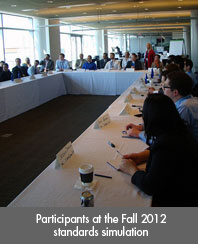