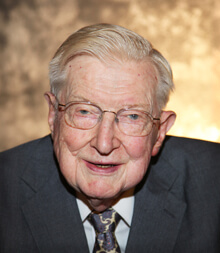 Ralph M. Showers, Ph.D., emeritus professor of electrical engineering at the University of Pennsylvania and honorary life member of the U.S. National Committee to the International Electrotechnical Commission (USNC/IEC), passed away on Sunday, September 8, at the age of 95. The American National Standards Institute (ANSI) offers its condolences to his family and friends and colleagues at the University of Pennsylvania, the USNC, the IEC, and in the greater electrotechnical and standardization communities.

Dr. Showers worked in the fields of electronic communications and standardization for more than 60 years, carrying out groundbreaking research on noise measurement, weapon systems and space shuttle communications, and cable coupling models, among other topics, for a wide variety of groups, including the U.S. military and the U.S. National Aeronautics and Space Administration (NASA). He was also a noted teacher, serving for decades as a professor at the University of Pennsylvania's Moore School of Electrical Engineering, before being named an emeritus professor in 1989.

During his long career, Dr. Showers, a life member of IEEE and registered professional engineer in Pennsylvania, helped to found the IEEE Electromagnetic Compatibility (EMC) Society and served as the USNC's vice president and as a member of its Executive Committee. He also served as a technical advisor for the USNC Technical Advisory Groups (TAGs) to IEC Technical Committee (TC) 1, Terminology, IEC TC 77, Electromagnetic Compatibility, and the International Special Committee on Radio Interference (CISPR), among other bodies, and as the chairman of the ANSI Accredited Standards Committee (ASC) C63, Electromagnetic compatibility.

Dr. Showers was the recipient of the ANSI's Elihu Thomson Electrotechnology Medal, which honors an individual who has contributed in an exceptional, dedicated way to the field of electrotechnology standardization, conformity assessment, and related activities at the national and international levels, as well as ANSI's Astin-Polk International Standards Medal, which recognizes distinguished service in promoting trade and understanding among nations through the advancement, development, or administration of international standardization, measurements, or certification. He also received the IEEE Centennial Medal, the IEEE Standards Medallion, the IEEE Steinmetz Award, and the IEEE EMC Society Richard Stoddart Award.

Dr. Showers earned his bachelor's degree, master's degree, and doctorate in electrical engineering from the University of Pennsylvania. He is survived by his wife, Bea, his three daughters, and four grandchildren. 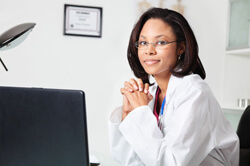