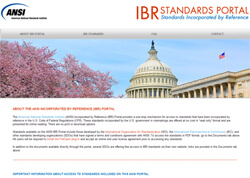 The American National Standards Institute (ANSI) is proud to announce the official launch of the ANSI IBR Portal, an online tool for free, read-only access to voluntary consensus standards that have been incorporated by reference (IBR) into federal laws and regulations.

In recent years, issues related to IBR have commanded increased attention, particularly in connection to requirements that standards that have been incorporated into federal laws and regulations be "reasonably available" to the U.S. citizens and residents affected by these rules. This requirement had led some to call for the invalidation of copyrights for IBR standards. Others have posted copyrighted standards online without the permission of the organizations that developed them, triggering legal action from standards developing organizations (SDOs).

"In all of our discussions about the IBR issue, the question we are trying to answer is simple. Why aren't standards free? In the context of IBR, it's a valid point to raise," said S. Joe Bhatia, ANSI president and CEO. "A standard that has been incorporated by reference does have the force of law, and it should be available. But the blanket statement that all IBR standards should be free misses a few important considerations."

As coordinator of the U.S. standardization system, ANSI has taken a lead role in informing the public about the reality of free standards, the economics of standards setting, and how altering this infrastructure will undermine U.S. competitiveness. Specifically, the loss of revenue from the sale of standards could negatively impact the business model supporting many SDOs - potentially disrupting the larger U.S. and international standardization system, a major driver of innovation and economic growth worldwide. In response to concerns raised by ANSI members and partner organizations, government officials, and other stakeholders, ANSI began to develop its IBR Portal, with the goal of providing a single solution to this significant issue that also provides SDOs with the flexibility they require to safeguard their ability to develop standards.

IBR standards hosted on the portal are available exclusively as read-only files. In order to protect the intellectual property rights of the groups holding these standards' copyrights, the portal has built in security features that prevent users from printing, downloading, or transferring any of the posted standards; in addition, screenshots will be disabled and the standards will contain an identifying watermark.

For this first phase of the portal, ANSI has secured the participation of thirteen major domestic and international standards developers. Those that have agreed to have their IBR standards directly available on the ANSI IBR Portal include:

In addition, seven SDOs have agreed to allow the portal to provide direct links to read-only versions of IBR standards hosted on their own websites. Those organizations are:

With the launch of Phase I of the portal, ANSI expects that many more SDOs - both in and outside the community of ANSI-accredited standards developers - will sign on to participate.

"Time and again, we heard that there is demand for a single solution, to make it easy for those affected by any piece of legislation to view the related IBR standards. But at the same time, there is also a strong need to allow for flexibility, so that each SDO can provide reasonable access in the way that makes sense for their business model and doesn't undermine their ability to function," said Mr. Bhatia. "We believe that the ANSI IBR Portal does all that. And as coordinator of the U.S. standardization system, we are very proud to present this solution." 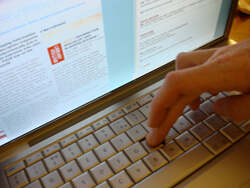 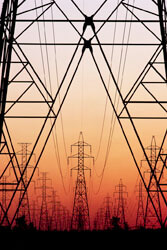