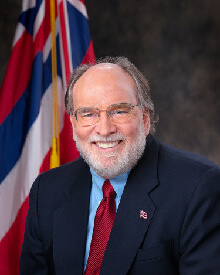 Standards and conformity assessment activities impact almost every aspect of life in the United States. They are inseparably linked to all facets of our national economy, and are vital to the continued global competitiveness of U.S. businesses. In fact, they influence an estimated 80% of global commodity trade - or about $14 trillion.

In May 2013, the Honorable Neil Abercrombie, governor of the State of Hawaii, provided welcome remarks at the Opening Ceremony of the Joint Annual Meeting of the Pacific Area Standards Congress (PASC) and the Pacific Accreditation Cooperation (PAC) in Honolulu, Hawaii [see related article].

Governor Abercrombie recently spoke with the American National Standards Institute (ANSI) to expand on points that he made during the PASC/PAC Opening Ceremony about the critical importance of standards and conformance to business and trade growth.

ANSI: Governor Abercrombie, during your keynote address at the 2013 PASC/PAC plenary, you displayed a keen understanding of how international standards and related conformance activities serve as key drivers of innovation, economic growth, and increased market access. Why are standards, codes, and conformance so important?

Governor Abercrombie (GA): Standards, codes, and conformance allow us to work with one another despite our varied backgrounds. In today's world of ever-increasing globalization, having a common "language" is critically important not only to economic growth but to the basic structure of business and commerce. This commonality allows us to draw strength from our diversity. In Hawaii, we have found that our diversity defines rather than divides us.

ANSI: How can reliance on standards trim costs, streamline processes, and boost a company's bottom line?

GA: Standardization allows for economies of scale to take effect. The interoperability of business processes is important to scale a company's growth to a level where it can see a significant benefit to its bottom line.

ANSI: Many in the standards community have noted a shift in the evolution of standards from primarily a domestic product focus to addressing broad and global product and system issues, from energy and technology to the environment. What are your thoughts about this shift and the role of standards in today's global marketplace?

GA: This shift is a by-product of the globalization of competition. Standardization allows people to "speak a common language," which benefits access to the global marketplace.

ANSI: What is the connection between standards, international trade, and U.S. competitiveness? And how does participating in standardization activities/reliance on standards give the U.S. a competitive advantage?

GA: By helping to establish these standards, the United States can ensure that our citizens are able to compete. We need a seat at the table.

ANSI: From your perspective, how have standards played a role in helping U.S. industry to innovate and compete on the global stage?

GA: Despite the rise of competitiveness in other countries, America still has a competitive edge in terms of ingenuity and innovation. It's in our country's DNA. However, we can no longer be content with the status quo. The world is shrinking and tomorrow's workers are competing against more and more people. Adopting international standards allows the U.S. industry entry to the international marketplace. It's an admission ticket.

ANSI: What's the connection between standards and preparing the next generation for competing in the global economy?

GA: The next generation must understand and embrace standards; that is the future. We are going to have more standards and codes in the future - not less. Understanding how to comply with them and helping to craft these standards is immensely important for our citizens to compete globally.

ANSI: Governor Abercrombie, you have personally championed industry issues with White House officials and congressional leaders to support pro-competitive, pro-manufacturing policies to advance the economy. In light of the Standards Boost Business campaign, what is your message to these officials today?

GA: We must continue to push forward with the adoption of pro-competitive standards. To do less would be a disservice to our businesses and industries, and to our citizens.

ANSI: Governor Abercrombie, thank you so very much for your time, for so eloquently speaking about the vital importance of standardization, and for supporting the Standards Boost Business campaign. 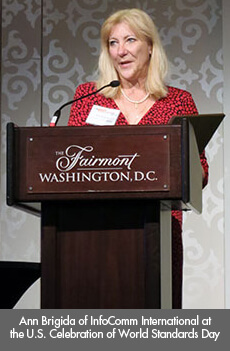