The U.S. Department of Transportation (DOT)'s Federal Transit Administration (FTA) recently posted a consolidated advance notice of proposed rulemaking (ANPRM) on the U.S. Federal Register requesting input on a number of subject areas related to the FTA's Public Transportation Safety Program and the requirements associated with the National Transit Asset Management (TAM) System. The TAM system was authorized by the Moving Ahead for Progress in the 21st Century Act (MAP-21), a transportation reauthorization bill signed into law by President Barack Obama in July 2012. The goal of improved transit asset management is to implement a strategic approach for assessing needs and prioritizing investments for bringing the nation's public transit systems into a state of good repair.

The FTA is particularly interested in stakeholders' responses to the following questions related to safety standards for public transit:

The full ANPRM is available online. 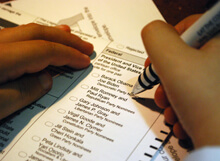 Standards Go to the Polls on Election Day

Last Chance in 2013: Accreditation Workshop on Personnel Certification on November 18-19