The Rehabilitation Engineering and Assistive Technology Society of North America (RESNA), an American National Standards Institute (ANSI) member and accredited standards developer, recently announced that it has chosen Michael Brogioli as its executive director, succeeding M. Neil Bailey. Mr. Brogioli will provide leadership and oversight for all of the society's activities and operations.

Prior to joining RESNA, Mr. Brogioli served as the executive director of the National Association of Councils on Developmental Disabilities (NACDD). He also worked as the vice president of policy at Special Olympics International and as the executive director of the Autism Coalition for Research and Education. Mr. Brogioli received his bachelor of arts degree in government and international relations from Indiana's Notre Dame University and earned his master of public policy degree from North Carolina's Duke University.

RESNA is a professional organization focused on the promotion of the health and well-being of people with disabilities with the assistance of technological solutions. The society carries out important work through its continuing education, professional development, research, and public policy initiatives, and works to develop assistive technology standards and to offer related certification.

ASA is an international scientific society focused on work associated with the study of acoustics and the science of sound and sound technology. It represents 7,500 members worldwide and is the publisher of Acoustics Today magazine, as well as numerous books and standards relating to acoustics. 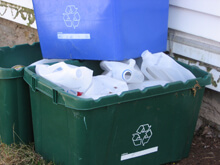 One Person's Trash Is Another's Recycling: Standards Give a Boost to America Recycles Day 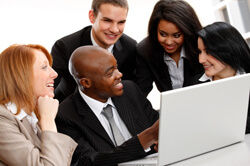