The merger is expected to advance the organization as a voice of the waste collection and recycling industries and comes as the association has been working to create a related certification program. The new organization also debuted a new logo and a new tagline: "Collect. Recycle. Innovate."

For more information about the formation of the National Waste and Recycling Association and its activities, visit its official website.

CAGI Releases Free Online Version of Its Handbook
The Compressed Air and Gas Institute (CAGI), an ANSI member and accredited standards developer, has released its authoritative, illustrated reference guide to the installation, maintenance, and use of air and gas compressors and pneumatic equipment as a series of free downloadable PDF documents online. The Compressed Air and Gas Handbook, which was previously available only as a printed book, was first published in 1947 and is now in its sixth printed edition.

The full handbook is available online on CAGI's website.

APSP Announces Planned Merger with International Hot Tub Association
The Association of Pool & Spa Professionals (APSP), an ANSI-accredited standards developer and member, has announced that it will merge with the International Hot Tub Association (IHTA), a group representing hot tub manufacturers, suppliers, and retailers, as part of a united effort to effectively represent the portable spa industry worldwide. All current IHTA members will become APSP members as a result of the merger, which is expected to result in financial advantages associated with increased operating efficiencies and membership numbers.

For more information about the merger, visit www.apsp.org, or email questions to IHTA@APSP.org.

CFA-Commissioned Study Finds Contradictions in Perceptions of Ethical Behavior in Financial Firms
A recently released study on ethics and financial knowledge overseen by the Economist Group's Economist Intelligence Unit and sponsored by ANSI member the CFA Institute has found significant dissonance between views on ethical behavior held by executives in the financial services field, among other related findings. The report was commissioned by CFA in order to examine the current state of views on ethical behavior and financial knowledge in the aftermath of the global financial crisis.

According to the study, "A Crisis of Culture: Valuing Ethics and Knowledge in Financial Services," while 91% of surveyed executives rated financial success and ethical behavior as being of equal importance, 53% felt that it would be difficult to progress in their careers at their current firm without a flexible approach to ethical standards. The study also found that 62% of respondents felt that financial executives were unaware of behavior outside of their current department and only 12% were confident in their knowledge of current global regulations. 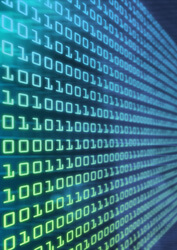