On November 31, 2013, Don Snyder retired from his position as director, U.S. standards, at UL (Underwriters Laboratories), an American National Standards Institute (ANSI) member and audited designator. During his 37-year tenure at UL, Mr. Snyder established himself as a major figure in the greater standardization community, known for his fairness, judgment, and willingness to engage in open debate on standards-related issues.

In his role as UL's director, U.S. standards, Mr. Snyder managed a staff of more than 30 and oversaw the development, implementation, and use of UL's hundreds of primarily consumer-based product safety standards in the U.S. He has long been an active participant in ANSI events and activities and served as a member of the ANSI National Policy Committee (NPC), the ANSI Board of Standards Review (BSR), and the ANSI Executive Standards Council (ExSC). In 2010, Mr. Snyder was a recipient of an ANSI Meritorious Service Award, honoring his outstanding contributions to the U.S. voluntary standardization system. He received his bachelor of science degree in marine engineering and nautical science from the U.S. Merchant Marine Academy in New York.

Established in 1894, UL is an internationally known independent safety science company that carries out research and develops standards with the goal of promoting safety at work and in the world at large.

ANSI member FM Global recently announced the appointment of Randall Schreitmueller to the newly created position of vice president, manager of broker relations. Mr. Schreitmueller will represent the viewpoints of brokers within the larger organization and will oversee FM Global's efforts to bolster the development of long-term relationships with brokers across the glove.

FM Global is a mutual insurance company owned and governed by its policyholders, representing organizations in more than 130 countries around the world. 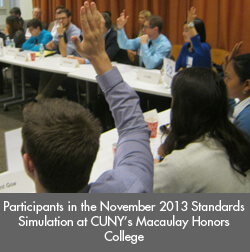 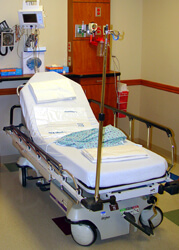