American National Standards Institute (ANSI) member the Carpet and Rug Institute (CRI) recently announced that its president, Werner Braun, would retire from his position at the end of March 2014 following more than 13 years of service.

Mr. Braun became the CRI's president in 2000, following a stint at the Chlorine Chemistry Council and a 31-year tenure at the Dow Chemical Company. Under his leadership, the CRI has evolved from a traditional membership trade association into a diverse, multifaceted organization, through the refinement of its existing programs and establishment of new ventures, such as its Green Label Plus and Seal of Approval programs. Mr. Braun received his bachelor of science degree in math and chemistry from Texas' St. Edwards University.

The CRI is a nonprofit organization dedicated to serving the carpet industry and its customers by providing information about carpets and rugs and supporting long term efforts to promote balance between the industry's financial health and the world's environmental needs.

ANSI organizational member the Information Technology Industry Council (ITI) recently announced the hiring of Adora Jenkins as its new vice president for external affairs. In her new position, Ms. Jenkins will lead ITI's communications and external affairs team, overseeing the organization's efforts to keep its members and the public at large informed about its activities and issues of importance.

Before joining ITI, Ms. Jenkins worked in the U.S. Department of Justice (DOJ) as press secretary to U.S. Attorney General Eric Holder. She has also served as the deputy associate administrator for the U.S. Environmental Protection Agency (EPA)'s Office of External Affairs, the EPA's national press secretary, and as a regional press secretary and spokesperson for the 2008 Obama campaign, among other positions. Ms. Jenkins received her bachelor of journalism degree in broadcast news from the University of Missouri-Columbia.

ITI is an advocacy organization for the information and communications technology (ICT) industry. ITI is dedicated to engaging on behalf of all of its member companies, which represent all areas of ICT including hardware, services, and software, in the areas of environment and sustainability, global policy, and government relations. 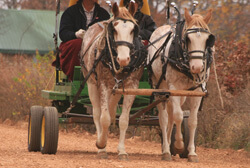