Updates were provided by both European and U.S. participants on progress made by their respective task forces in view of the potential formalization of a Memorandum of Understanding (MoU) on standardization. The purposed of this MoU is solely to facilitate cooperation activities in the field of standardization among the four private bodies - ANSI, CEN, CENELEC, and ETSI. Participants recalled the principle that their discussions are not intended to substitute in any way for ongoing talks between negotiators over any potential trade agreements.

The texts of the draft MoU and the accompanying initial schedule of proposed activities were extensively discussed. Concrete elements and action items were incorporated into the schedule of activities in order to reach a common view on the goals and deliverables. The next set of follow-up meeting dates, responsibilities, and communications mechanisms were identified with a view to finalize and sign the MoU in 2014.

CEN (European Committee for Standardization) and CENELEC (European Committee for Electrotechnical Standardization) are responsible for developing and defining standards that set out specifications and procedures in relation to a wide range of products and services. European Standards (ENs) and other technical documents published by CEN and CENELEC are accepted and recognized in all EU member states, as well as certain other countries. For more information, visit www.cencenelec.eu. 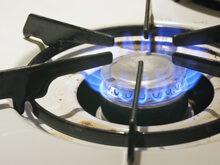